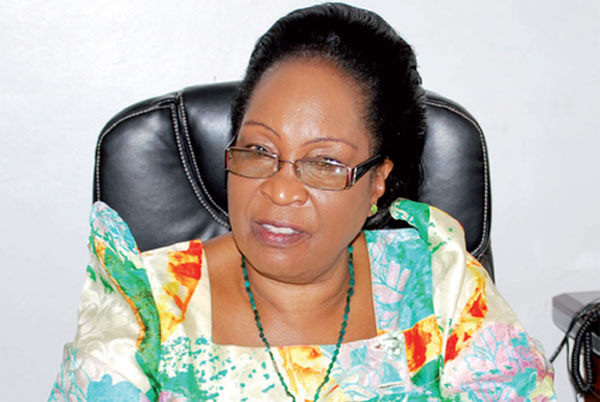 According to a statement released on Friday June 111th on Forum for Democratic Change social media page Amuriat faults Ssebugwano for accepting President Museveni’s Appointment as Deputy Minister for ICT.

“Fellow Comrades of the FDC, Warm greetings from Najjanankumbi. As you are aware by now Owek. Joyce Naboosa Ssebugwawo formerly Deputy President has been appointed State Minister in the junta Administration. I can confirm that she has accepted the appointment and as a result has offended Article 12 of the FDC Constitution. She therefore ceases to be a member of FDC and has accordingly voluntarily relinquished her position as Deputy President,” Wrote Amuriat in a statement.

Amuriat who is currently in his home village in Ajuket Kumi District added that, “All of you will appreciate the hard work, sacrifice and commitment that Owek. Joyce Naboosa Ssebugwawo put into the formation, growth and running of the party over the last more than 20 years of her political life. It is this political investment that she has out of her own volition chosen to abandon especially at this time when the struggle to free this country has reach a critical stage and requires all of us. Her decision to leave the party in order to join our tormentor is purely personal and the organs of the FDC were never consulted. She now joins our former colleagues who earlier on parted ways with us leaving behind an even stronger party. My firm believe is that her departure although hurting the organization will not lead to our disintegration and should encourage us to even work harder in pursuit of our goals.”

“I wish to appeal to you my dear friends to desist from unnecessary attacks on the person of Owek. Joyce Naboosa Ssebugwawo as this does not add any value to our political mission and is not in our culture as FDC. After consultation with the Organs of the party, I will be appointing a caretaker Deputy President within a period of two weeks to replace her,” Amuriat advised.

“To Mama Joyce Naboosa Ssebugwawo I wish you well in whatever you hope to achieve for your country using your new assignment. The FDC doors remain open to you and whoever left us before just in case you may wish to return,” Amuriat asked.