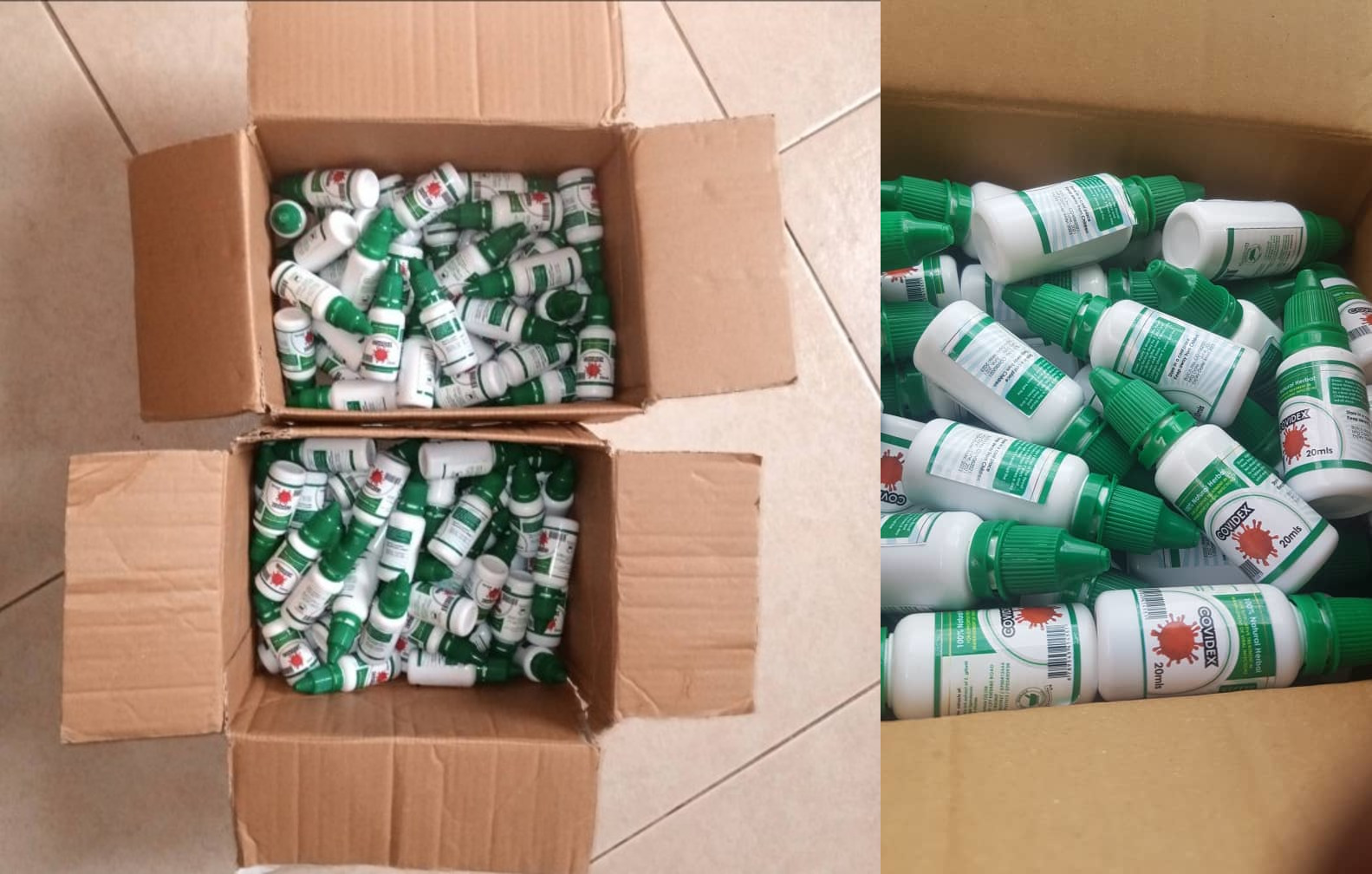 The National Drug Authority (NDA) has finally approved the use of Covidex herbal medicine by the public as a supportive treatment in the management of viral infections.

According to a statement released on Tuesday June 29th, 2021 by Abiaz Rwamwiri, herbal medicine has been cleared as a supportive treatment in management of viral infections and not as a cure of Covid.

“NDA has granted Covidex an approval based on initial assessment, published literature and safety studies by the innovator. The product has been formulated from herbal plants that have traditionally been used to alleviate symptoms of several diseases,” NDA said in a statement.

“The product should be used under guidance of a professional health worker,” NDA said.

“As you are all aware on June 14th 2021, NDA released a statement notifying the public that I had not authorized the production, sell and use of COVIDEX but after engagements, the innovators have removed unsubstantiated claims that the product treats and prevents COVID-19 and revised it to supportive treatment in management of viral infections. NDA has granted COVIDEX Approval,” The Authority added in a statement.

Whereas many people have in the past few weeks testified that the herbal medicine does wonders in the treatment of Covid symptoms like flu, the National Drug Authority had stuck to its guns insisting that the medicine had yet not been approved and was therefore not fit for consumption.

Mbarara University was later drawn into the fight for the production and sale of the vaccine, prompting the university to say that it had never put Covidex on the market for sale since it had not been approved.

“Unfortunately, the product was leaked to the market before going through all the required procedures. At MUST we value the safety of the population and wish to follow the right procedures guided by the national regulatory and certification bodies including NDA and UNBS in the country,” Mbarara University said in a statement of the drug.

The university said Covidex was produced under the Pham Biotechnology and Traditional Medicine Centre (PHARMBIOTRAC) one of the Eastern and Southern Africa Higher Education Centre for Excellence in Uganda that is fully sponsored by government to help support the development of herbal products in response to the Covid-19 pandemic in the country.

Mbarara University insisted they will have to wait for approval from the National Drug Authority and UNBS before putting on market the herbal medicine.

Whereas the 20ml bottle of the herbal medicine was being sold at shs3000 when it had just hit the market over a month ago, by this week, it had reached shs50,000 in many pharmacies around Kampala.

On Sunday, President Museveni said there should be increased research in traditional medicine, especially in Africa since most people use such herbs for treatment.

He also mentioned Asia and Latin America where most of the population uses traditional medicine to meet some of their primary health care needs.

According to Museveni, the government remains committed to funding research and innovations by scientists, especially those in the universities.