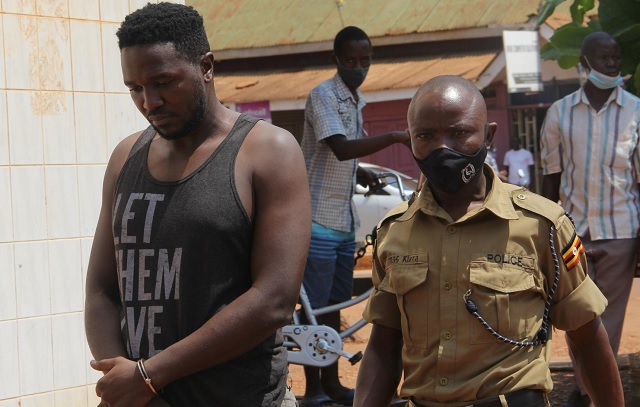 Emmanuel Muwema, a doctor attached to Jinja Regional Referral Hospital is in trouble for allegedly staging a street bash in violation of the curfew time and COVID-19 preventive measures.

Trouble for Muwema started on Saturday evening when he allegedly parked his vehicle registration number UBG 997H along Iganga road in southern division of Jinja city and turned up music where they partied and took beers together with 30 others.

Police picked up Muwema together with Moses Mpaka and Marvin Mukoka in a crackdown against essential workers misusing their movement permits. The trio is in custody at Kiira central police station. Police also accuses Muwema of assaulting security officers as he tried to flee from arrest.

Prior to Muwema’s arrest on Saturday, police had impounded his vehicle during the general security crackdown earlier within the day. He however convinced the officers that he was heading out to get treatment for asthma.

Muwema has since denied all the accusations saying that he parked along the street as he waited for food from a neighbouring eatery. He explained that he did not have prior arrangements with the people who surrounded his vehicle.

The acting Kiira Central Police Commander, Maurice Niyonzima says that they have charged the suspects with three counts of assault, engaging in acts likely to spread a contagious and violation of the presidential directives in COVID-19 prevention.