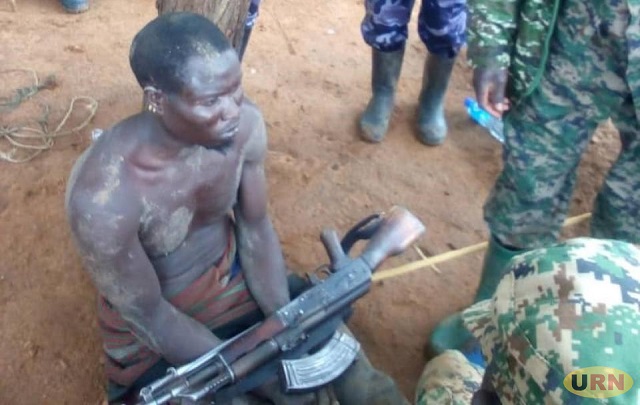 The ring leader in Moroto prison break has been captured. A joint disarmament operation conducted by the UPDF and police captured the wanted convict yesterday in Kotido district.

Lokolikau Lochu, a resident of Katap village in Meriria parish, Kotido North division was arrested with an SMG riffle UG.POL. 56-5968030-40693 with 14 rounds of ammunition reportedly belonging to the Uganda Prisons Service.

Lochu, the mastermind of the Moroto prison break has been taken to the UPDF 3rd Division headquarters at Moroto town.

The 3rd Division Spokesperson, Captain Edwin Mawanda confirms the arrest of Lochu saying he will be taken to the court martial for trial.

The Mt. Moroto Police Spokesperson, AIP Michael Longole also confirms that the joint forces recovered the gun from the mastermind and most wanted man for the Moroto prison break.

The arrest of Lochu brings to six the number of escapee inmates who have been arrested with guns belonging to the Uganda Prisons Service.

According to police authorities, the joint operations have so far recovered 6 out of the 14 guns raided from the Moroto prison armory in September, 2020.

Since Monday this week when the forceful disarmament started, the joint disarmament operations have recovered an unspecified number of guns while at least five guns were voluntarily handed over by warriors to the UPDF.