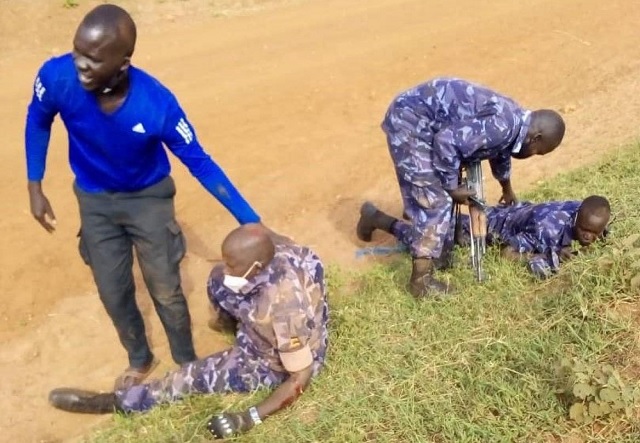 Six policemen and three suspects have been injured in an accident in Katakwi district.

The accident occurred at Alera trading centre along Usuk road after the police pick up patrol car registration no. UP 8355 belonging to Katakwi central police station overturned. The policemen had gone to pick the three suspects.

According to the East Kyoga Regional Police spokesman Oscar Greg Ageca, the patrol car swerved off the road after a tyre burst and overturned several times. The injured were rushed to Katakwi General Hospital.

The trio is still nursing injuries at Soroti Regional Referral Hospital where they were rushed by another police truck.

But Emmanuel Onong, an eyewitness in Katakwi says the officers were reportedly seen drinking from Apeleun trading centre before the call to pick suspects.