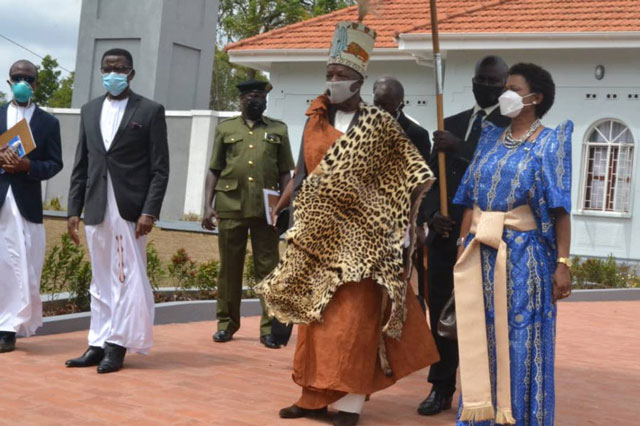 The Kabaka of Buganda Ronald Muwenda Mutebi II has denounced a proposal by the government to abolish the Mailo land tenure system. He said it is a wrong response to the rampant evictions and land disputes in the country.

While commemorating his 28th coronation anniversary at Nkoni Palace, in Lwengo district on Saturday, the Kabaka expressed disappointment in the proposal which, according to him, is orchestrated to weaken Buganda, where the Mailo land tenure system is most prevalent.

President Yoweri Museveni has on different occasions described the Mailo tenure as an ‘evil system’ of land administration, arguing that it sustains a historical injustice and promoted inequality against tenants by landlords.

The mailo land system has its origins in the 1900 agreement which divided 19,600 square miles that form the Buganda kingdom among the Kabaka, regents, chiefs, central government, key offices and a few other individuals.

Premised on arguments of the president and recommendations by the Justice Catherine Bamugemerire led Commission of Inquiry on land, the government recently presented to parliament its legislative agenda for this term of office, in which the introduction of land reforms is among the considered priorities.

But Kabaka Mutebi says that the suggested reforms will ruin the cultural values and interests of the Kingdom and the subjects whose heritage is hinged on land as one of the key principles of their existence. He indicates that mooting for reforms that specifically target a land tenure system which is largely espoused in Buganda amounts to outright injustice aimed at weakening the Kingdom.

According to him, such a proposal will create unnecessary tensions between Buganda and the other parts of the country, hence affecting the longstanding spirit of coexistence among multicultural communities in the area.

The Kabaka on the other hand echoed the need to promote human rights, fairness and rule of law in all aspects of governance, as a way to upholding values of the historical liberation struggles that occurred when the country was faced with bad leadership.

He also reiterated demands for the return of the Kingdom properties that include among others; land, offices and former buildings of counties and sub-counties that are still under the central government, saying that pledge to return them to the kingdom is long overdue.

Charles Peter Mayiga, the Katikkiro of Buganda however indicated that the cultural institution is still open to negotiations with the government on issues related to the proposed amendments such that they amicably defuse the apparent tensions about the matter. He noted the subject of land has a central place in the traditions of Buganda, arguing all reform preferred on it should be considered after mutual understanding.

Besides the proposed land reforms that dominated the talk at the coronation anniversary, Kabaka Mutebi also took off time to encourage his subjects to adhere to the Covid-19 prevention measure and well as sustaining the collective efforts to eliminate HIV and AIDs.