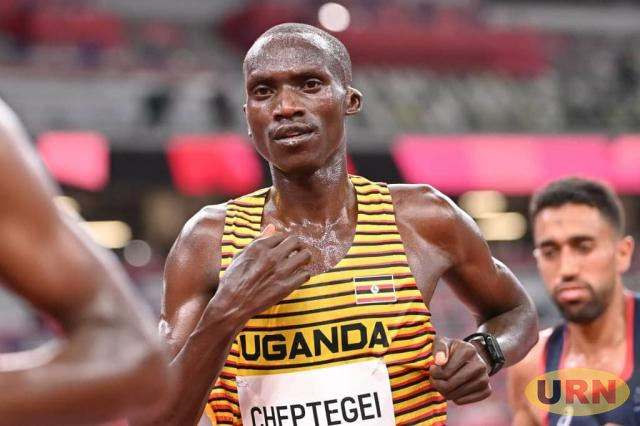 Uganda’s most decorated athlete Joshua Cheptegei has said that he almost quit the Olympic games before the final kickoff due to pressure.

The long-distance runner says that he endured a lot of pressure which caused him mental distress and anxiety before the 10,000 metres race held on Friday in Tokyo.

He scooped a silver medal in the highly competitive race which was won by Ethiopia’s Selemon Barega. Uganda’s Jacob Kiplimo won bronze in the same race.

Barega crossed the line in 27 minutes 43.22 seconds, ahead of world champion Cheptegei in 27:43.63. Kiplimo who entered the race with the best time in the season came third in 27:43.88 to secure bronze in the first athletics medal event of the Games.

Cheptegei also admitted that 2021 had been tough for him, even though he admitted that he was expecting a Gold Medal from the event.

“This year was really a very difficult year for me in terms of racing,” he said. “It’s the year that I have lost all the focus, all the belief. There was a lot of pressure and I was feeling it in every moment.”

Cheptegei said he has been battling a tendon injury that affected his preparations, but added that he was still happy to have scooped the silver medal.

“I have two feelings. One is that I’m very happy to have won an Olympic silver medal. But the other side of me is really not satisfied with the result because I came here expecting to win a gold,” he told Athletics Weekly.

Stephen Kissa, who started the race as a pace setter said he is happy that his teammates won a medal each, he however said the plan was to win a gold.

“The race was really going on well, I had a plan with my teammates to sacrifice myself to really pace for them, we were planning for a gold medal but unfortunately we got a silver a bronze so am happy, I thought maybe they are going to follow me but they didn’t follow”. Stephen Kissa who never finished the race said.

Now the only chance for Cheptegei to win a gold is when he will lineup for the 5000m race. He will still go in this as the favorite holding the world record which stands at at 12:35.36. He broke this at Monaco Diamond League last year. In this race, Cheptegei will be backed up by Jacob Kiplimo and Oscar Chelimo and he still hopes for a good performance.

“Probably I am still looking at my leg and if all goes well I will fight back for a gold”. Cheptegei said.