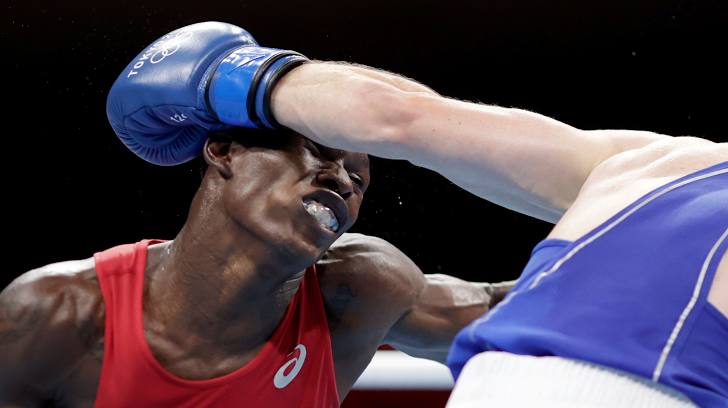 Ugandan Boxer Shadir Bwogi has Tuesday been eliminated from the Tokyo 2020 Olymics, The Tower Post reports.

Bwogi who is also the Captain of Uganda’s National Boxing team – The Bombers was eliminated after he lost a fight to Georgia’s Eskerkhan Madiev by ‘split decision’ in the WW (63-69KG) round of 16.

Bwogi, 24, qualified for the Tokyo Olympics by finishing 3rd in the Walter weight category at the 2020 African qualifying tournament in Senegal.

Bwogi’s defeat marks the end of the road for Ugandan boxers at the tournament.