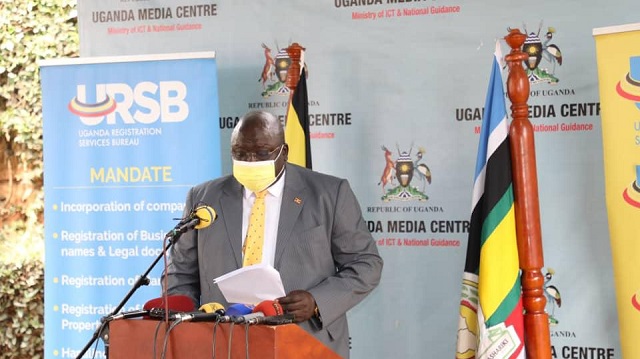 The government of Uganda has denied that President Yoweri Kaguta Museveni is interfering in the internal politics of Kenya.

Speaking to journalists at the Uganda Media Centre in Kampala today, the Minister of State for Foreign Affairs Henry Okello Oryem said Uganda’s foreign policy is that it never gets involved in the internal affairs of any country unless it’s invited.

Oryem’s statement was prompted by a question from a journalist about media reports that the Kenya Deputy President William Ruto was stopped from boarding a plane to Uganda on Monday. According to media reports in Kenya, Ruto was scheduled to have a private meeting with President Museveni, the second in less than a month.

Oryem added that as Uganda, they are also not aware of any reason why Kenyan authorities would want to stop Ruto from coming to Uganda. He said this is a question that can only be answered by them.

The refusal of permission for Ruto to come to Uganda comes at a time when his political marriage with President Uhuru Kenyatta has broken down irretrievably as the country gears up to the 2022 general election.

After the acrimonious 2017 election that saw the Supreme Court overturn the first election, Kenyatta warmed up to his fiercest political opponent then Raila Odinga. In the subsequent months following the swearing in of Kenyatta for the second term as the fourth President of Kenya, he signed an agreement with Odinga for them to work together for the betterment of their country. However in doing so, he started distancing himself from Ruto, his deputy. It’s said in the coming election, Kenyatta who is serving his last term will be supporting Odinga for president against Ruto who is also interested in the seat.

According to political observers in Kenya, by coming to Uganda, Ruto is trying to win the support of President Museveni who is currently playing an oversized role as the region’s most senior politician. Ruto has been in Uganda several times on the invitation of Museveni. Actually in the 2016 general election, he even campaigned for Museveni in different parts of the country. It’s not only in Kenya that Museveni is trying to assert his influence.