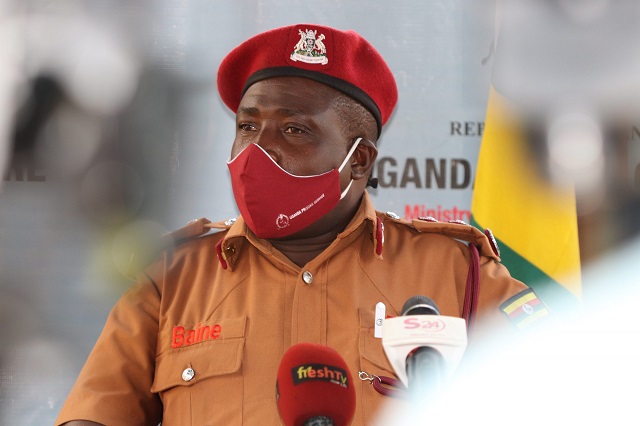 Six prisoners who escaped from Moroto government prison in September have been re-arrested by Uganda People’s Defence Forces in the ongoing disarmament exercise in the Karamoja sub-region.

At least 224 prisoners escaped when they overpowered the prison officers and varnished with 14 guns. An immediate hunt for the escapees left 13 shot dead while some have been gradually rearrested thus bringing the number to 88.

With the re-arrest of six escapees, it means 125 are still missing almost a year later. But Baine said the hunt for the fugitives will not be stopped until all of them are rearrested to answer for their crimes.

“In the last about one week, we are happy that the teams on the ground in Karamoja have improved the surveillance and vigilance to the level that right now the recaptured escapees, the number has jumped from 82 to 88. And the guns out of the 14, we have recovered five. Those who claim to have escaped from the prison we shall continue to pursue them. They are supposed to answer their charges before the courts of law,” Baine said.

Grace Akullo, the Director of Criminal Investigations instituted a team led by Francis Olugu, who was then head of the general crimes desk to establish circumstances under which the 224 inmates escaped.

Olugu’s team established that there were 684 inmates of which 107 were high profile suspects who had been recommended for trial in Court Martial since they had allegedly involved themselves in series of armed robberies.

Karamoja has been facing rigorous armed robberies that have left several people shot dead. UPDF has resolved to charge all the arrested rustlers in an army court with charges related to having military hardware.