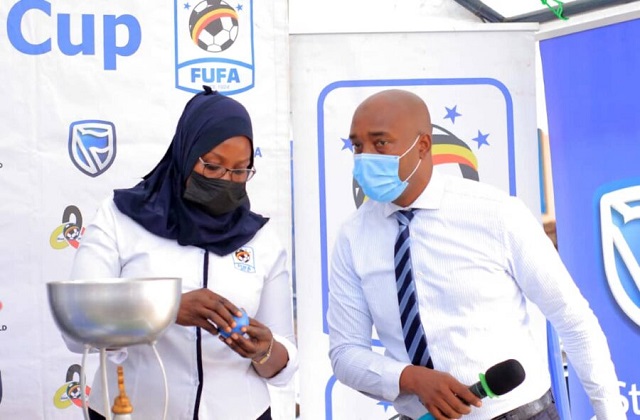 The Federation of Uganda’s Football Association, FUFA has postponed the Stanbic Uganda Cup for the second time since the tournament kicked off.

The tournament was slated to resume on August 19th, 2021.

The development was confirmed by FUFA communications director Ahmed Hussein, who revealed that FUFA wanted to give time to the National team players to concentrate on the forth coming FIFA World Cup 2022 qualifiers.

“The FUFA Competitions department has postponed the Semi-finals of the Stanbic Uganda Cup that were due to be played between August 19-30th, 202,” Hussein said.

“The decision was taken to give the national team more time to continue with preparations for the FIFA World Cup 2022 qualifiers as the Uganda Cranes will play against Kenya and Mali next month. The Competitions Department will communicate new dates,” he added.

The Uganda Cranes team is currently in a residential camp in preparations for two matches next month.

The camp comprises of players from local teams like Vipers, Police and Express which are all in the Stanbic Uganda Cup semi finals.

This is however the second time the tournament is postponed. It was first delayed by the outbreak of the second wave of COVID-19 that forced the local soccer governing body to suspended all sporting events in the country.

After the President okayed the resumption of sports in the country, FUFA conducted the Uganda Cup draw for the semi-finals that saw Police pitted against Vipers and Express against Bidco FC. The tournament was supposed to be played behind closed doors.

But after the draws, Vipers who are pitted against Police opposed the dates of the tournament saying it was too soon since players have not been training for a long time.