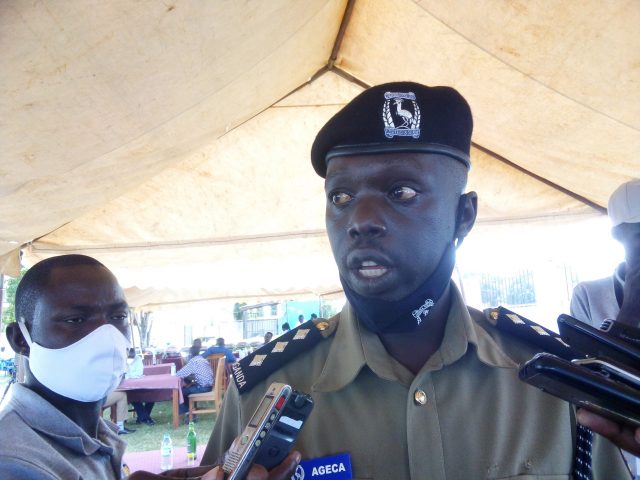 Police in East Kyoga Region have confirmed the drowning of two minors in the lake shores of Lake Kyoga who were fetching water for home consumption.

On the 26th August 2021, at about 1500hrs a case of drowning of two minors was reported to Bululu Police Station by the area LCI chairperson who said that the minors had gone to fetch water in the flooded shores of Lake Kyoga.

According to the East Kyoga Police Spokesperson Gregg Ogecca, the victims had gone to fetch water from the flooded shores of Lake Kyoga about 100 meters from their home.

“They were using a small canoe which capsized killing the two innocent souls. The body of Orukan Moses was discovered at 1500HRs after a search was mounted for the two boys while the second Child’s body is yet to be found,” Ageca added.

He also revealed that a team of Police officers that included; Homicide squad, SOCO, OC OPS and crew have visited the scene and a search is ongoing for the recovery of the second victim.

The Police Force at East Kyoga has however sent its heartfelt condolences for the loss of these two innocent souls.

“We urge the public and parents to be careful and watch out for and after the children since children are at home due Covid-19 pandemic’s closure of schools, the parents should therefore be cognizant of the flooded lakes and and seasonal rivers,” He Appealed.