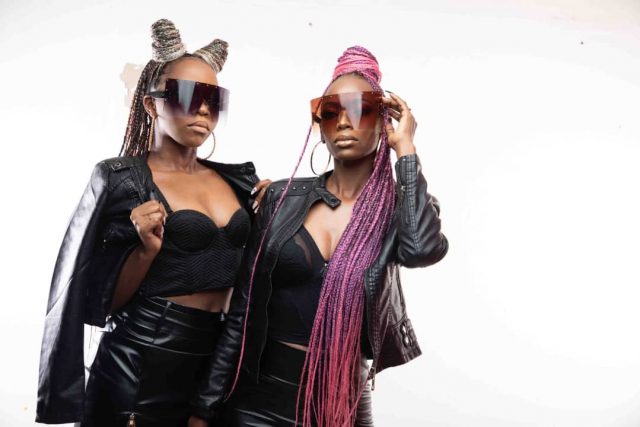 Over the past years, the Ugandan music industry has witnessed alot of female music duos, some failed to make it from first stage and those who made it through, split after a while and there has been many reason for them failing to make it music wise.

However renown music label Hyve Young Nation decided to breathe fresh air into the female dou music industry and in a bid to do so they signed up a talented Duo of Eyla and Torrie, two talented singers that are destined for greatness according to their new project they are set to release. We had a exclusive opportunity to listen to the not yet released song and we can confirm if all goes as planned, the Duo is set to become one of most sought after or even the only successful female music duo we have in Uganda

About Eyla and Torie

Eyla and Torie are a dou born and raised in Uganda, Nalugwa Damalie as Eyla where as Mbabazi Victoria as Torie. The two were discovered and signed under Hyve Young Nation earlier this year through a friend and personal Manger Jonathan Nabwiso