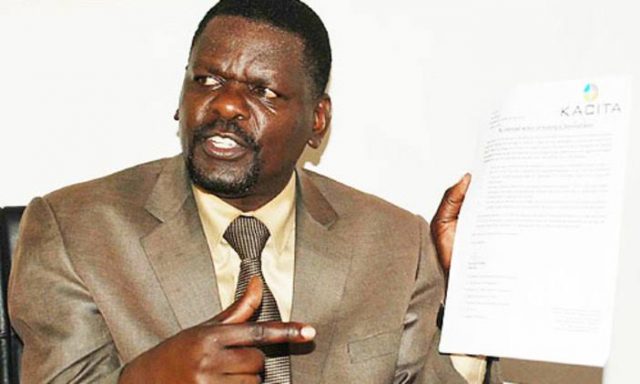 Kampala City Trader’s Association-KACITA has announced a peaceful demonstration by traders following their failed negotiations with the government on the new tax policy of textile fabrics and garments.

“It is going to be a peaceful demonstration as we promised and our members are advised not to touch anyone’s property if we are to achieve our desired outcome,” he said while addressing journalists at a hastily convened press conference.

The traders are opposed to the revised tax levy from 25 percent to 35 percent on each kilogram of imported fabrics.

According to Ssekito, during the meeting government asked them for a week to settle the matter with its department.

“We are going to use that one week in a demonstration against the policy and the accumulated rent arrears, which is also on our necks.