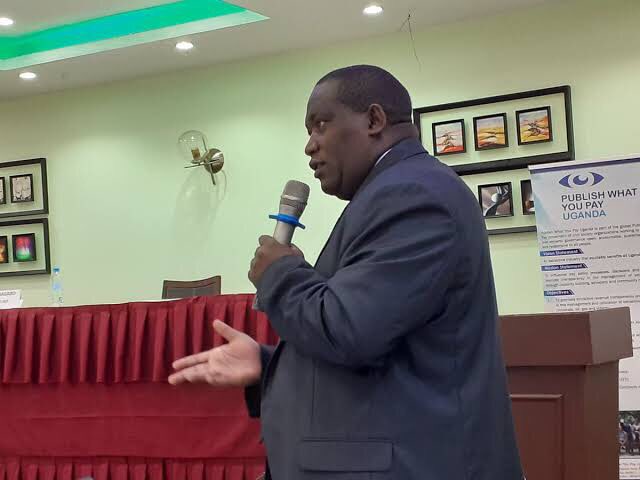 Natural Resource Governance Institute (NRGI) has called on the Ugandan government through the Ministry of Energy and Mineral Development to capitalize on its mineral reserves which are critical in energy transition.

Speaking during the launch of the 2021 Resource Governance Index on Thursday Morning, Paul Bagabo, Senior Officer at the Natural Resource Governance Institute said, the Ugandan government should ensure that reserves of minerals such as cobalt, nickel and copper a critically managed by putting in place robust mechanisms to ensure that citizens benefit from exploitation of this minerals.

According to Bagabo, the Government and all key ministries should publish online key documents and information about the mining sector to ensure that they are easily and publicly accessible while reporting the required depth by the extractive industries transparency initiative.

He also implored NEMA to ensure that environmental and social impact assessment and environmental mitigation plans are freely and easily accessible through its online portal.

“Uganda has made provisions for disclosure of beneficial ownership of companies involved in mining sector but this should apply to oil and gas sector too for the transparent resource governance,” He said.

In the 2021 Resource Governance Index, experts found small improvements in the country’s governance of the oil and gas sector, but point to particular failings in the licensing process.

Bagabo while launching the RGI said, Uganda has made some progress in the governance of its natural resources, but is still classified as weak.

“Without a publicly available cadaster showing who has the licenses to which blocks, and without the disclosure of contracts between the government and companies, Ugandans are largely in the dark about who has the right to explore and extract oil, and on what terms,” said Bagabo.

NRGI also found Uganda’s governance of local impacts of oil and gas projects to be lacking, citing the inability of citizens to access environmental and social impact assessments without a waiting period
and paying a fee.

“We also don’t know who owns the companies with which the government does business, and therefore are in need of laws requiring the public identification of ‘beneficial owners. There is fierce debate internationally and within Uganda about the role of emerging oil producers amid the transition to green energy, as well as the coronavirus pandemic,” said Bagabo.

NRGI rated Uganda’s mining sector as slightly better governed than oil, though still in the weak category. Like the hydrocarbons sector, licensing and local impacts are a problem, the index assessors said.

“In addition to problem areas in the mining and oil and gas sectors specifically, resource governance in Uganda is also hampered by a poor overall ‘enabling environment. Inadequate institutional arrangements for the control of corruption remain a challenge, which may impact our ability to govern our resources well.” Bagabo added.