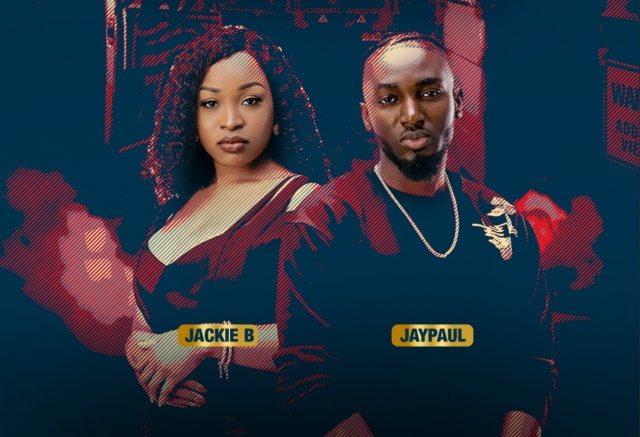 After an intense week of mind games, romantic gestures, several kisses and extreme parties, as always, Ebuka Obi-Uchendu took on Big Brother’s stage for the seventh live show of the season, and he came bearing bad news for two housemates. Jaypaul and Jackie B bowed out of the house in one of the calmest eviction shows of the season.

The housemates nominated Saga, Emmanuel, Pere, Jackie B, WhiteMoney, Liquorose, Saskay and Jay Paul during a one-of-a-kind nomination session last Monday, which saw Big Brother giving the nominated housemates a chance to save themselves by either winning the Head of House (HoH) challenge or coming in second. The HoH would automatically receive immunity, while the first-runner-up would have veto power. Emmanuel became the HoH, while Pere received the veto power and replaced himself with Queen.

During the Sunday Live Show, Jaypaul was the first housemate to get evicted from the house. Saskay had a relatively calm reaction to his exit, considering that he had gone above and beyond to prove how much he liked her earlier in the week. But, this was expected as she was also up for eviction and didn’t yet know her fate. But, JayPaul left on a high note, telling Ebuka that he had no complaints since he didn’t even expect to make it into the seventh week.

Answering the ‘what next question’, JayPaul said, “Definitely, I’ll be going after lots of TV shows. I’ll drop a body of work, my music as well. And then, lots of films. I want to be a pioneer for mobile cinematography in Nigeria, so I’ll go back to film school as well. Lots of stuff. I just want to be everywhere for entertainment, you understand.”

Next, Ebuka asked Jackie B to leave the house as she had been evicted. Gracing the other housemates with a big smile, she turned to hug each of them before making her way to the exit. She toldEbuka that she was happy leaving the house because everything that happened was perfectly orchestrated by God. She admitted that she liked Michael enough to pursue a relationship with him, but she had mentally ‘daddy-zoned’ WhiteMoney.

Telling Ebuka her plans for the future, the mother of one said, “I’m just ready to be out there and explore. Try so many new things. I explored acting. I’m going to try that out. I’m ready to start planning events or at least more events – that’s my passion. Get that schmoney”.

As always, Ebuka left the housemates with some words of advice after the evictions. “Remember, this is your journey. Own it. Nobody should define your narrative for you. It’s your story to tell. Remember, burger no fit tell Eba how Egusi soup be. So make sure you enjoy yourself.”

There are now 11 housemates vying for the grand prize. The BBNaija season 6 edition winner will walk away with a whopping 90 million Naira worth of prizes. This includes a cash prize of N30m, cash in.

Abeg digital wallet, bitcoins courtesy of Patricia, a two-bedroom apartment courtesy of RevolutionPlus Property, and a top of the range SUV from Nigeria’s automaker Innoson Motors and a trip for two packaged by Travelbeta. This is the biggest reward for any reality TV show on the continent. BBNaija season 6 promises to surpass previous seasons with more exciting personalities and engaging activities.

BBNaija season 6 airs 24/7 on DStv channel 198 and GOtv Max and Plus on channel 29, as well as Showmax. Subscribe or reconnect now on DStv via www.dstvafrica.com or get GOtv Max or Plus on www.gotvafrica.com. Also, you can download the MyDStv and MyGOtv apps for more self-service options. With the DStv Explora, you can pause, rewind or record thrilling BBNaija moments. And while you’re on the move, stream the show on the DStv App, which is free for download on the Apple and Google Play store and can be used on up to 5 devices.

Abeg is the headline sponsor of Big Brother Naija season 6, and the associate sponsor is Patricia. To learn more about this and other information on the sixth season, visit www.africamagic.tv/bigbrothernaija. You can also follow the official Big Brother Naija social media pages for news and updates with the hashtag #BBNaija on Instagram @bigbronaija and Facebook www.facebook.com/bigbrothernaija and all verified social media pages of DStv Nigeria, GOtv Nigeria and Africa Magic.