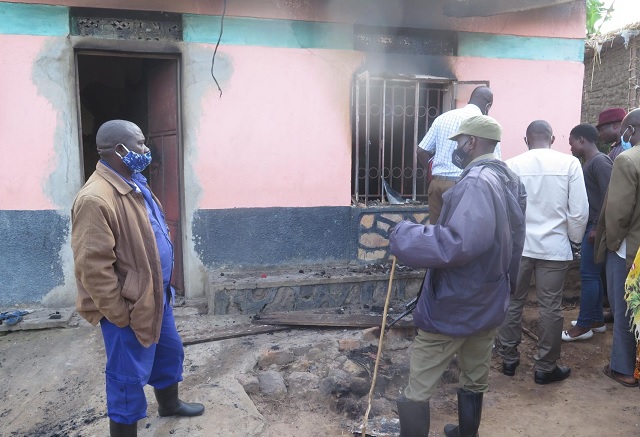 Akampurira’s wife, Olivia Birungi is nursing burns at Itojo hospital. Samson Kasasira, the Rwizi Regional police spokesperson says Obed Akampuriira had just returned from remand in prison where he was locked up on murder charges.

According to Kasasiira, preliminary police investigations show that arsonists locked the family in their house and torched it using petrol. He says that by the time the rescue team arrived at the scene, the four were burnt beyond recognition.

He says that police recovered a matchbox from the deceased’s doorway. Kasasiira says police investigations are ongoing to find the arsonists. The Nyaburiza village publicity secretary, Benon Tukahirwa says that the fire is suspected to have started at around 3:00 am, adding that neighbours were alarmed by the cries from the burning house.

Tukahirwa says Akampurira had just returned from prison on bail where he was remanded for his alleged involvement in the murder of his neighbour and boda boda cyclist, Seth Akansinguza Masaja. Tom Muhoozi, a neighbour to the deceased says the arson attack could be an act of revenge.