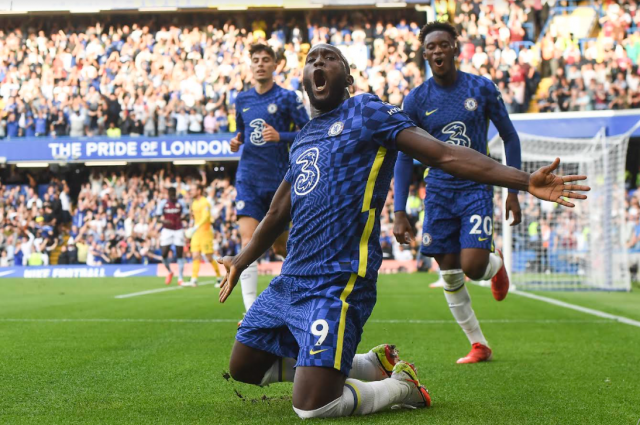 SuperSport viewers on DStv and GOtv can look forward to a classic Premier League rivalry, as Tottenham Hotspur play host to Chelsea in North London on the evening of Sunday 19 September 2021.

Meetings of Tottenham Hotspur and Chelsea are typically fiery encounters and this one should be no different, with the hosts confident after their strong start to the season and the visitors looking to underline their title ambitions.

Spurs manager Nuno Espirito Santo will want organisation and discipline from his team – something which they have shown plenty of so far in the 2021-22 season.

“That’s the beginning of everything. Always said the shape, organisation, being solid and compact because we have talent,” said Espirito Santo. “Being consistent is what we are focused on and we have to keep on going. Let’s keep on working, we still have a long way and a lot of aspects to improve on.”

Chelsea’s Thomas Tuchel, meanwhile, will be banking on his side to be defensively sound, with Andreas Christensen coming in for special praise from the German tactician.

“Andreas is very strong, he’s super talented. He loves Chelsea, he’s a Chelsea boy from the Academy, this has a huge impact in the moment. I think he feels the trust, he knows what to do, he can absolutely help, he’s a top defender and a top guy,” said Tuchel. “I have the feeling he’s growing every week in confidence and personality, which is good and he’s doing fantastic since day one and getting better and better.”

Harry Kane – After a failed bid to be transferred away from Tottenham Hotspur, striker Harry Kane will need to fully win back the love and faith of the Spurs fans, and there would be no better way to do it than by scoring and leading his team to a victory over their hated rivals Chelsea.

Romelu Lukaku – The Belgian striker has already looked right at home in Chelsea’s line-up, providing the focal point in attack that was the only previous missing link for the Blues. Lukaku would love to silence the home crowd at the Tottenham Hotspur Stadium with another imposing and impressive performance.

In head-to-head stats, Tottenham and Chelsea have met in 169 matches across all competitions since their first clash back in 1909. The Blues have claimed 73 wins compared to 55 for Spurs, while  41 games have been drawn.

Chelsea took four points off Tottenham in the teams’ two Premier League meetings last season, with a 0-0 draw at Stamford Bridge in November2020 followed by a 1-0 away win in North London in February 2021, thanks to a penalty from Jorginho.

Nuno Espirito Santo v Thomas Tuchel – Espirito Santo has enjoyed a strong start to his tenure at the helm of Tottenham, but coming up against a powerful Chelsea side and the tactical wit of Tuchel will be a whole new challenge for the Portuguese.

Son Heung-min v Edouard Mendy – Tottenham’s beloved Korean attacker has continued to find the goals in white and navy blue, but he’ll need his radar to be perfectly tuned to get the better of Chelsea’s outstanding Senegalese goalkeeper.

Pierre-Emile Hojbjerg v Mason Mount – A classic midfield battle, with Hojbjerg the more physically imposing and aggressive player, while Mount has superior technique and athleticism. If the Spurs man can prevent the Chelsea playmaker from directing traffic in the middle of the park, then the hosts could be set up for victory.