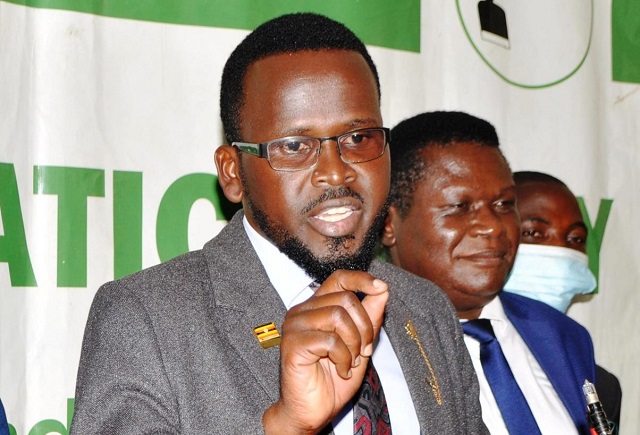 The Democratic Party has condemned President Museveni’s proposal to abolish the constitutional right to bail of suspects accused of capital offences.

The DP spokesperson Okoler Opio Lo Amanu told the media in Kampala that the move is unconstitutional and it will suppress the independence of the judiciary and also jeopardize the dispensation of justice for Ugandans.

Okoler called upon all right thinking Ugandans and opinion leaders to condemn the move by President Museveni with utmost contempt saying that the matter will end up affecting all Ugandans irrespective of the status.

Okoler also said that its evident that the president ordered for the re-arrest of the suspects that had been granted bail. This conduct equally measures with the interference of the independency of the judiciary during Amin’s regime that saw Benedicto Kiwanuka whose life they are celebrating as a party get murdered.

Nalukoola adds that giving a person bail does not acquit someone of the charges they are accused of, saying that a person is presumed innocent until proven guilty.

While presiding over the 4th memorial lecture of slain Chief Justice Benedicto Kiwanuka at the Judicial headquarters in  Kampala, President Museveni said that granting of bail is a provocation which will not be accepted, that the process of dispensing justice has to be harmonized.