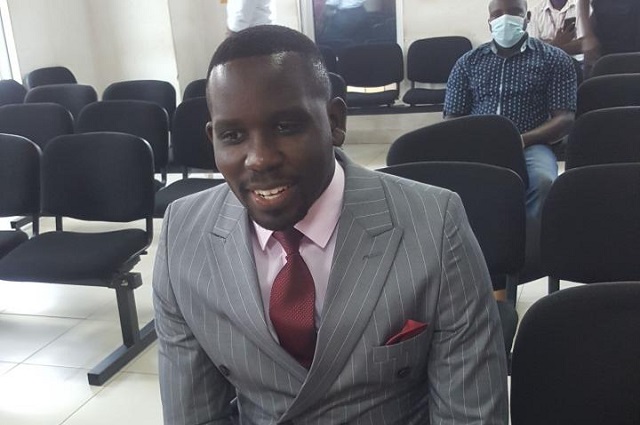 The High Court in Kampala has upheld the election of Joel Ssenyonyi as the validly elected Member of Parliament for Nakawa West constituency.

In his ruling delivered on Thursday afternoon, Justice Isaac Muwata noted that Shukla Mukesh failed to prove to the satisfaction of the court that there were irregularities in the election of Ssenyonyi that could have tilted the election in his favour.

In his petition filed in March this year, Mukesh made a number of allegations querying Ssenyonyi’s victory.

He claimed that Ssenyonyi with support from the Electoral Commission, committed a number of electoral offences and irregularities, which included ballot stuffing and failure to sign the declaration of result forms among others.

However, in his ruling, Justice Muwata said even if Mukesh had proved any of the grounds, which he didn’t, such irregularities wouldn’t have affected the election in a substantial manner.

Muwata concluded that even if Mukesh had won at all the eight contested polling stations, he would still not change his fortunes from being the 6th to become the winner. Mukesh scored 806 votes against Ssenyonyi’s 30,847 votes.

“The alleged noncompliance had not been proved but even if it had, it would not have affected the outcome in a substantive manner…The difference in votes obtained by the winner is 30,847 votes… Even if all the votes were in the favour of the petitioner, the winning margin wouldn’t have been affected in a substantial manner. Therefore, I’m unable to set aside the election for the reason that the petitioner has failed to adduce evidence to set aside the election. The petition is dismissed with costs. I uphold the victory of the second respondent as the validly elected member of parliament for Nakawa West constituency,” Muwata ruled.

Speaking shortly after the ruling, Ssenyonyi said he was not surprised by the decision of the court because from the start, it was obvious that Mukesh had a very poor case.

For his part, Mukesh said he would appeal the court decision. He noted that all he’s doing is aimed at furthering the frontiers of democracy by making sure that the results of the election reflect the people’s choice.