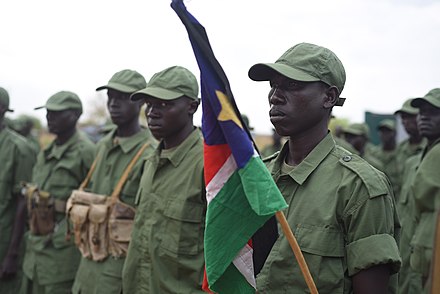 The forces who have been assembled within Wau town for a year last Friday started moving to the Grinti military headquarters of the SSPDF’s Division 5 in Wau commanded by Major General Gum Makuac.

Last week, the SPLA-IO defectors were ordered to move from Wau West to the SSPDF Division 5 in headquarters by the SSPDF Chief of General Staff, Gen. Santino Deng Wol.

Maj. Gen. Dongo confirmed to Radio Tamazuj over the weekend that his forces were undergoing integration into SSPDF and other organized forces in Wau.

“On 5 October 2021 we received an order from the Chief of Staff Gen. Santino Deng Wol to move to Division 5 for integration and we want to inform the public that the evacuation of our troops is not for harming but for a good,” Gen. Dongo said. “We were well trained when we defected to the government and the integration will take place in Grinti.”

He added: “Those (defectors) who want to join the police, wildlife, prison service, and fire brigade will join and those who want to remain in the military will remain. We have now started the integrations.”

Gen. Dongo ordered his forces who had not yet reported to Grinti military base to do so immediately and called upon the rebel groups to join the government for the sake of peace and stability in South Sudan.

“I would like to take this opportunity to give my order to all forces left behind to immediately report to Grinti for the final process and I also want to confirm that we are for real peace,” he added, “Our vision is to work for the reconciliation and to ensure there is peace and unity in this country.”

For his part, the SSPDF’s Division 5 commander, Major General Abraham Gum Makuac, said SSPDF is committed to implementing the peace agreement and confirmed that the forces loyal to Gen. Dongo have reported to the SSPDF Grinti base.

“I want to tell you that in terms of security, we have been doing well for the last two years apart from some criminal activities, but the implementation of the peace agreement is moving smoothly,” Gen. Gum said. “The SPLA-IO were given 4 weeks to organize themselves for the graduation of the unified forces which will take place very soon in Masna Bira and Mapel Training Centre. And the forces who have been deployed in Hai Kamsin are now in Grinti under my responsibility.”

He urged the public to report any illegal activities by the army.

In 2020, Gen. Dongo defected with some forces from the SPLA-IO to the SSPDF and camped in the south-western part of Wau town causing consternation among the civilian population some of who preferred to remain in the Protection of Civilian site.