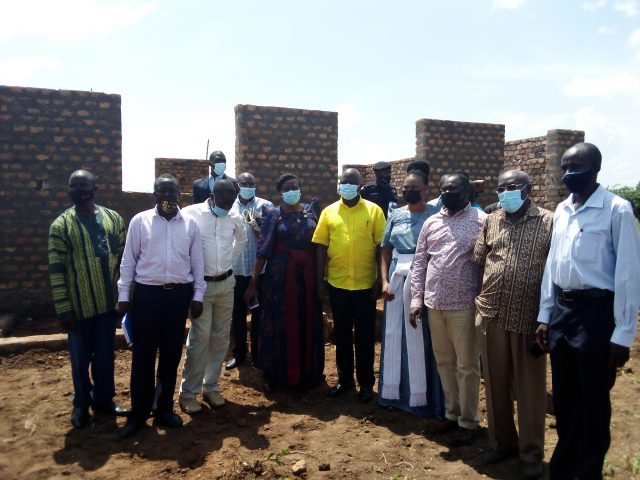 Members of Parliament from Teso Sub Region have jointly agreed to pressure President Yoweri Kaguta Museveni and the NRM government to fulfill part ofo its pledges made to the people of Teso during the 2021 campaigns.

According to the Members of Parliament who spoke to The Tower Post over the weekend in Soroti city, the MPs of the 11th Parliament have accepted to put their political parties aside in order to achieve sustainable development in the area.

Joan Alobo Achom the Vice Chairperson Teso Parliamentary Group who also doubles as Woman MP Soroti City reveals that as MPs they have held several meetings and have agreed to put President Museveni and the government into task to fulfill their pledges to the people of Teso.

“We have agreed and action is being taken. None of us is believing in political affiliation as we speak, we are first fighting for our people,” Said Alobo.

The MP also noted that as part of their action as MPs from Teso, government has earmarked to establish seed secondary schools in the region.

“Our people shouldn’t be made to believe that their MPs are not working, we are pushing government to fulfill its pledges. Our people will appreciate us when everything is sorted,” she added.

Stella Apolot Isodo the Teso Parliamentary Group Spokesperson also revealed, whereas MPs are pushing government to fulfill its pledges they are also not sleeping.

“Most of our Members of Parliament are not sleeping that’s why you realize that there some government programs that MPs are now doing. The government in power is incapacitated to fulfil all the needs of the people but as MPs we can also help government. If an MP buys and Ambulance it doesn’t mean they are taking over government role,” she said.

Apolot also added that, “We are pushing for government support to our people and soon people of Teso are going to celebrate.”

Abraham Isamat the Kapir county Member of Parliament on his side commended the MPs for accepting to work together to push government to fulfill its pledges and policies.

He called on the people of Teso to continue supporting their MPs in order to achieve sustainable development.

The comments from MPs come at a time voters are questioning the relevance in the 11th Parliament as most MPs have resorted in doing what the government is meant to do including betterment of the health and education systems in the country.

Jonathan Ebwalu of Soroti City West also said that, “I will do whatever it takes to see that my people have benefited from government. Time for politics is over and we need to work with the government in power.”

For us in opposition we don’t have money, its NRM that has money so for me am going to work with any person who is ready to bring development to my people. Let’s learn to differentiate politics from development,” Ebwalu Appealed.