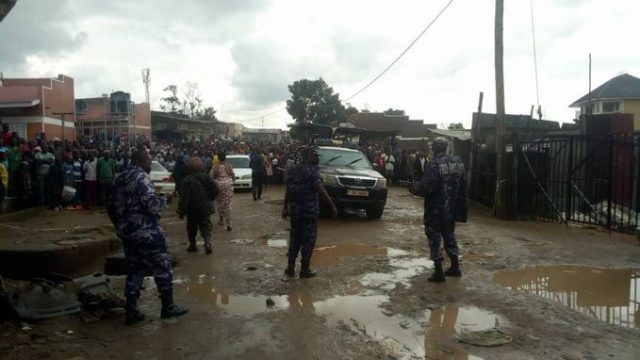 At least two people have been confirmed dead following an explosion near Agip Motel in Kizungu, Mbarara City.

Local media in the Western Uganda District report that the explosion and the fatalities have been confirmed by the regional police.

According to Mbarara City Resident Commissioner, Lt Col James Mwesigye, the explosion was caused by a gas cylinder that exploded in Kisenyi, Mbarara City South.

The cylinder that exploded was sold as scrap metal to collectors and they were trying to cut it into half before they culd weigh it.

Lt. Col Mwesigye warned scrap traders to ensure that the metals they purchase are safe

“I am told that gas cylinders are heavy and hence earn more money for you but you yshould consider your safety and that of people near you,” he added.