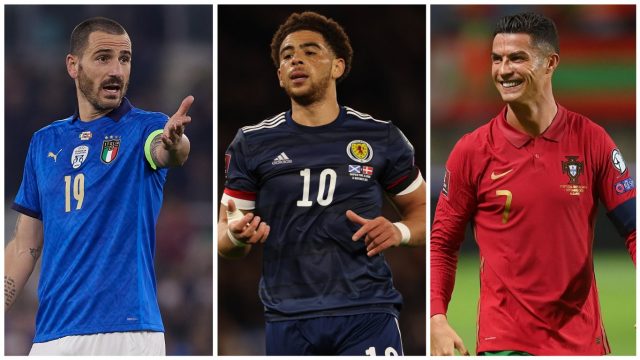 The final rounds of qualifying matches for Qatar 2022 for 2021 left football fans and betting picks pundits with plenty to ponder on, especially when it comes to how the panorama is unfolding in Europe.

On the one hand, ten of the top teams in the continent already punched their ticket to next year’s FIFA World Cup Tournament in Qatar, with England, Netherlands, Germany, Spain, Croatia, Denmark, Belgium, France, Serbia, and Switzerland all planning what they’ll be taking to Qatar once November 2022 comes around. On the other hand, twelve other teams will be looking to duke it out in a win and you’re in style playoff tournament to decide the final three UEFA teams that will be making the trip to football’s biggest global tournament.

Scotland, Wales, Italy, Portugal, Austria, Turkey, Russia, Poland, Czech Republic, Sweden, Ukraine, and North Macedonia, all have been paired up into a do or die tournament in which one loss automatically means that their chances of making it to Qatar 2022 will be gone for good. So, how will this playoff tournament work, and who looks best fit to make it through? Let’s take a look.

How Does The Playoff Tournament Work?

Once that the UEFA qualifying rounds for Qatar 2022 were done and over with, three spots were still left up in the air to complete the European quota for the tournament. What was a shocker to everyone around was the fact that two of the strongest teams in the world, reigning EURO Champions Italy and CR7’s Portugal were left out of the direct qualifying spots and now have to fight for a chance to qualify through the playoff tournament. But how will the tournament work? Let’s break it down quickly and easily.

The 12 teams left, Austria, Czech Republic, Italy, North Macedonia, Poland, Portugal, Russia, Scotland, Sweden, Turkey, Ukraine, and Wales were assigned into three different four-team, two-game groups in which, each of the groups will have two semifinals matches, and then one final match in which the winner will then be awarded a sport in Qatar 2022. How the tournament was organized was by taking the six highest seeded teams and putting them in an initial pot in which the teams involved would have the advantage of being the home team in the semifinal stages of the tournament. In case of a potential finals matchup between two teams from pot A, the highest seeded team will play as the home team once again.

Who Will Play Who?

For this tournament, we have three groups or “paths” that have four teams each. In Path A, a potential British final could be looming as both Scotland and Wales will be battling the Ukraine and Austria respectively for a spot in the group’s finals that once again, means a direct ticket to Qatar 2022. Path B will see Russia, who is considered by many as the weakest link out of all the qualified teams meet Robert Lewandowski’s Poland, for a chance to play against the winner in the match between Sweden, without Zlatan Ibrahimovic who will be out because of a suspension and the Czech Republic.

Last but not least, and this is where the heartbreak factor comes into mind, in patch C, Italy and Portugal are the two outstanding favorites in their matchups against North Macedonia and Turkey respectively for a spot in the group finals. What does this mean? That either Italy or Portugal, two teams who could easily be considered as top contenders for World Cup Gold will be missing out on the tournament.

Who Are The Early Favorites?

While in the first two paths, certain tendencies are leaning towards a small group of teams, it’s in group C where everything takes a turn for the more complicated. In group A, for example, Scotland and Wales stand out initially as top favorites, given how strong the Scottish squad has been playing as of late and how much they make Hampden Park a fortress when needed the most. On the other hand, if Gareth Bale and Aaron Ramsey come firing on all cylinders, the ball will be up for grabs here. But still, if push comes to shove in an all British final for a spot in Qatar, the edge goes to Scotland.

In group B, if there was ever a player who could be considered as pivotal as ever to the success of a team, just take a look at what Bayern Munich star Robert Lewandowski can do for Poland. While they shouldn’t run into much issues getting rid of Russia, a potential matchup against Sweden or the overly organized and physically strong Czech Republic might be Lewandowski’s biggest test in his career with the Polish national team. But even with all of that, if “Lewa” has a couple of magical nights like the ones he usually has with Bayern Munich, it’s hard to not see how Poland cannot be a favorite here.

Lastly in group C, it’s almost a given that we will be treated to a Portugal vs. Italy showdown for the last European ticket to Qatar 2022. While Italy will want to reverse their wrongdoings during the qualifying rounds and go back to their winning ways as they showcased during the EURO tournament, which they won, for Portugal and especially for Cristiano Ronaldo this could very well be his last chance at trying to obtain World Cup glory. If push comes to shove, and considering that this might also be Lio Messi’s last World Cup too, going with Portugal is a safer bet.