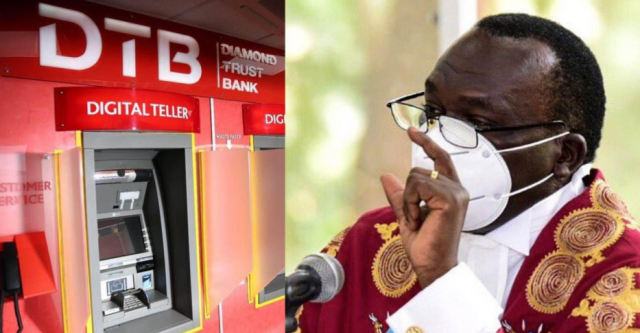 Renowned businessman Hamis Kiggundu commonly referred to as Ham has petitioned the Chief Justice, Alfonse Owiny Dollo over alleged bias by the Supreme Court. In his petition, Ham says the registrar has refused to fix a hearing date for an application seeking judgment in the sh120b appeal case against Diamond Trust Bank.

On November 23, through his lawyers; Muwema and Company advocates & Solicitors together with Kimara Advocates and Consultants applied for judgment at the Supreme Court on grounds that the justices at the Court of Appeal did not address the substantial issue of illegality as rightfully entered at High Court, and against DTB’s admission that the court had erred at law.

“The learned Justices were entitled to first deal with the grounds regarding the procedure adopted by the trial judge in striking out the defendants pleading and granting the impugned orders before dealing with the other grounds.”

Ham asserts that the bank agreed with him that conducting business in Uganda with license was against the provisions of the Financial Institutions Act.

The businessman wrote to the Supreme Court seeking for fixation of the date for hearing of their application for Judgment on the 26th November 2021.

The assistant registrar of the supreme court, Didas Muhumuza responded by writing a letter in which he openly expressed his view against hearing of the application “In my view, your instant application does not raise any new issue to necessitate any further / new fillings, which would any case require leave of court to do so” and adding that; “You are therefore, advised to wait for the final decision of court which will hopefully address our concerns”

Ham and lawyers however noted that “Cognizant of the fact that applications to the court are not determined by views of the Registrars, we requested that our client’s application be forwarded to the Justices of the court for the necessary action,” they added that Such a stance does not foster the administration of Justice as it inevitably erodes Ham’s non-derogable right to be heard which is guaranteed by Article 28 of the Constitution.

It is against that backdrop that Ham, through his lawyers, petitioned the Chief Justice complaining of bias and what he refers to as injustices and the Supreme Court.

The lawyers assert that the application remains in limbo with a possibility that its propriety will not be investigated and yet it can be rendered moot by the financial decision of the court, which is due any time.

“Except for apparent bias, there is no reason why Ham is denied chance to be heard and possibly succeed on the appeal when his application for judgment on admission is considered,” reads the petition in part.

“It is perplexing to our clients and fair minded members of society who are following the case, that the court appears court appears inclined not to perform its cardinal duty of seating and hearing Ham’s application of Judgment on admission which is part of the Appeal.

“On the Contrary, our clients application is successfully heard on the merits, would quickly expose the Respondents admitted facts which need not otherwise be proved in accordance with S.58 of the Evidence Act”

Last year, the Commercial court ruled that DTB Uganda through DTB Kenya had extended credit to Ham and his two companies Ham Enterprise Limited and Kiggs International (U) Limited without license to transact in Uganda.

In his case, Ham said that between February 2011 and August 2018, he was offered credit facilities by the banks to develop commercial properties in Uganda. But as he continued servicing them, he learnt that the banks were taking out money from his accounts.

The high court then stopped DTB from taking out money from Ham’s accounts, refund about 120 billion Shillings that DTB had already taken out, and release all the businessman’s securities. DTB successfully secured a stay of execution of the judgment orders in November and also appealed the judgment.