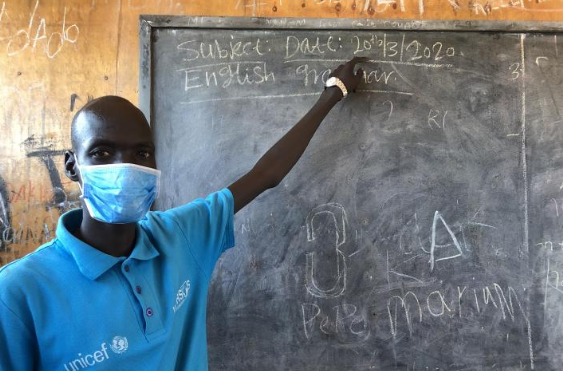 Teachers employed by Central Equatoria State are threatening to go on strike if their salaries and allowances are not paid in line with increments directed by President Salva Kiir, the chairman of the steering committee of the teachers’ union in the state, George Sebit Beninsio revealed on Thursday.

Sebit told Radio Tamazuj that the new structure being imposed on the teachers lacks the nature of work allowances.

“We went to the ministry (state) of education for some follow-up and met the minister and directors-general and we realized that the new salary was not paid according to the circular from the national ministry of public service,” Sebit said. “In the new salary structure, the column of nature of work (allowances) is missing and as a result, the teachers resolved clearly that they should be paid according to the circular which came from the national ministry of public service and was approved by the cabinet meeting chaired by President Salva Kiir.

He added: “If this is not done, the teachers will go to school but they will not work. They will down their tools and they will not enter the classes. The position of the teachers is very clear, the salary multiplied by two, plus the general allowance. It is clear in the circular.”

For his part, the secretary-general of the steering committee of the teachers’ Union in Central Equatoria State, Justin Luck Thomas, explained that teachers are taking administrative and legal procedures regarding their salaries.

“According to the new system, they (state) are violating the president’s directives and we want the state government to pay the new salary in addition to the nature of the work allowances,” Luck said. “Otherwise the teachers will strike in the schools. We, teachers, are working only for the sake of this country and the future generation.”

The state minister of education and guidance, Cerisio Zakaria Lado, admitted that there was a mistake regarding the salaries and the nature of work allowances which is now being resolved.

“We stand with the teachers for their rights. The governor directed the finance minister to solve this issue. I appeal to the teachers to work until solutions are found for the problems of their new salary and the nature of work bonus,” Minister Lado said.