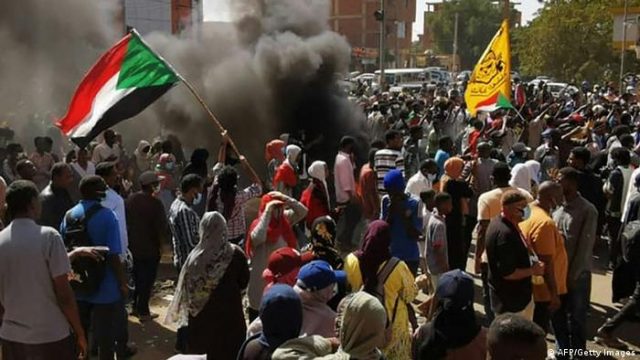 Sudanese security forces have killed three anti-coup protesters on Thursday as crowds thronged Khartoum and other cities in more anti-coup rallies, medics and other witnesses said.

The latest killings bring to 60 the death toll in a security clampdown since the October 25 military takeover, said the Central Committee of Sudan Doctors, which is part of the pro-democracy movement.

According to the medics, the three people were all protesters and died from shots fired by security forces during rallies in the cities of Omdurman and Bahri.

Protesters attempted once again to reach the presidential palace to keep up pressure on the military.

The medics also said they counted more than 300 wounded including by live rounds, rubber bullets, and other injuries due to the persistent firing of tear gas.

The protests on Thursday came days after prime minister Abdalla Hamdok resigned, leaving the military fully in charge. Hamdok had been held under house arrest for weeks following the coup, before being reinstated in a November 21 deal.