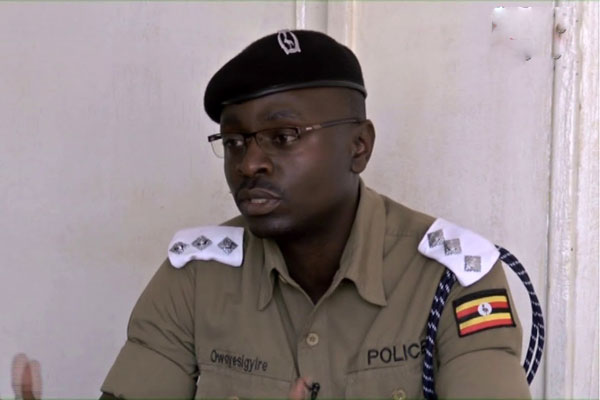 Kira Division Police is holding a Uganda People’s Defence Forces-UPDF soldier and an operative from the External security organization-ESO on allegations of extortion and assaulting pedestrians in the guise of enforcing curfew.

The Kampala Metropolitan Deputy Police spokesperson, Luke Owoyesigyire identifies the suspects as Alex Mulungi, an operative from ESO, and Private James Owobusobozi from UPDF. The two were picked up on Monday on allegations of assault and extortion.

The duo reportedly staged a roadblock in Kiganda- zone in Kira municipality, Wakiso district where they assaulted people who declined to pay them for allegedly moving past the 9pm curfew time.

Henley Magola, a resident of the Kiganda zone listed some of the victims of assault as David George Macha, Opalas Sevelius, and Josh Okunyu. The four are nursing injuries they sustained after being assaulted by a group of nine men for allegedly declining to pay them for violating the nighttime curfew.

“By the time we reached the scene, police had taken the victims to the hospital since they were in bad condition. At first, we thought they had landed in the hands of thugs but to our shock, we have been told that among those whom police pursued in the night and arrested, were security personnel terrorizing Ugandans,” he said.

Owoyesigyire said that the hunt is on for more suspects to face aggravated robbery and assault charges.

William Kibira, the chairperson of the Kiganda zone says that some of the people causing havoc in his area are security personnel. He however says the police and Local Defence Personnel deployment in the area had brought some sanity, but criminals are slowly returning on roads to terrorize his electorate.

In November last year, Arthur Nuwagaba, a warrant officer attached to the Chieftaincy of Military Intelligence-CMI was arrested together with three others including Ashraf Agaba, one Ahabwe, and Junior Ssedrak for robbery and extortion. Ssedrak was masquerading as a policeman in Kawempe and Makindye during curfew time.