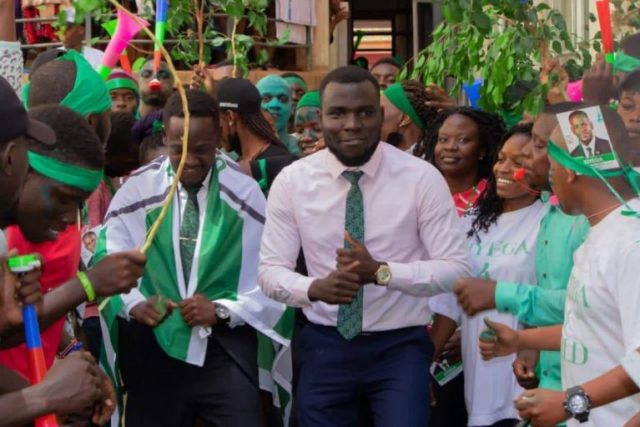 He beat competition from Valentine Ogwang of the National Unity Platform – NUP and Nimrod Kakayi of the National Resistance Movement – NRM who both polled 785 and 694 votes respectively.

Among other contestants in the race were independents Joseph Babigumira (363 votes), Arnold Abisinguza (93 votes) and Edward Kabaseke (06 votes).

Kiyega’s win came as surprise to many after opinion polls at the Nakawa-based university had put NUP’s Ogwang ahead of all other contestants, prior to the elections.

Initially, the elections were supposed to take place on December 21, 2021 but were suspended following protests by students who had accused the university of election irregularities.

The students’ disappointment prompted them to run away with the ballot box which forced the police to respond with teargas to disperse the unruly students.

MTN Uganda to Offer 10 Scholarships to Teens, Here is How to Win One