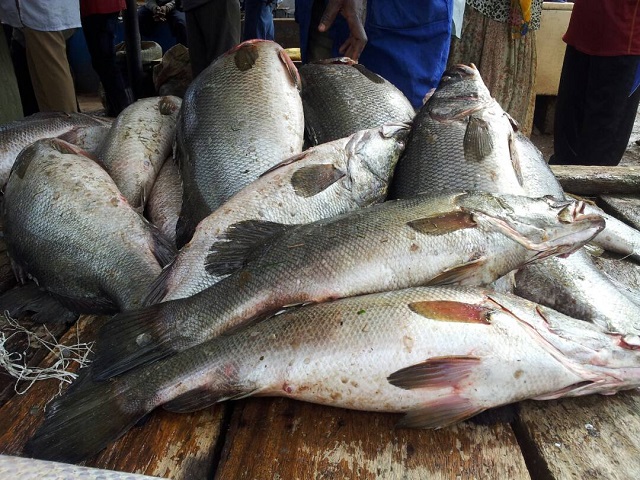 Geoffrey Macho, the Busia Municipality member of parliament has blasted the Ministry of Agriculture Animal Industries and Fisheries over mishandling of fish trade in the border district.

As area MP, Macho is also alleging that Simon Emongot, a fisheries officer in the district, has failed to serve Ugandan fishmongers well to clear their export into Kenya while at the same same time failing to control Kenyan fishmongers who deal in immature fish, an act that sabotages cross border trade.

Geoffrey Macho says that he has registered several complaints with evidence raised to him by fishmongers on the poor service delivery by the MAAIF officer at Busia border. He says he has written letters to Uganda Revenue authority- URA, MAAIF and to the fish protection unit-FPU authorities demanding for the transfer of Simon Emongot from Busia border to any other destination in vain.

According to Macho, the officer’s negligence was evidenced across the country at Mpondwe border in Kasese where five trucks were impounded with immature fish worth 1.5 billion shillings and this has continued to affect cross-border trade in the area.

John Rex Achila, the Busia resident district commissioner says that they have held several district security committee meetings at the border on the matters concerning erratic ways of declaring fish by the accused MAAIF officer. He says the committee resolved that MAAIF should put clear guidelines for proper fish trade at the border.

Achila says that his office also has evidence obtained by security agencies indicating that the officer only clears fishmongers arbitrarily.

Julius Nkwasire Mponooka, the URA assistant commissioner enforcement says during the parliamentary committee meeting held at Busia border on Friday that as sister government agencies they shall intervene.

Efforts to get a comment from Simon Emongot were futile since his known number couldn’t be reached for a comment and he was not in the office by the time of filling this story.

Connie Acayo, the MAAIF spokesperson, says that doesn’t have a clue about the matter since she is on her leave.