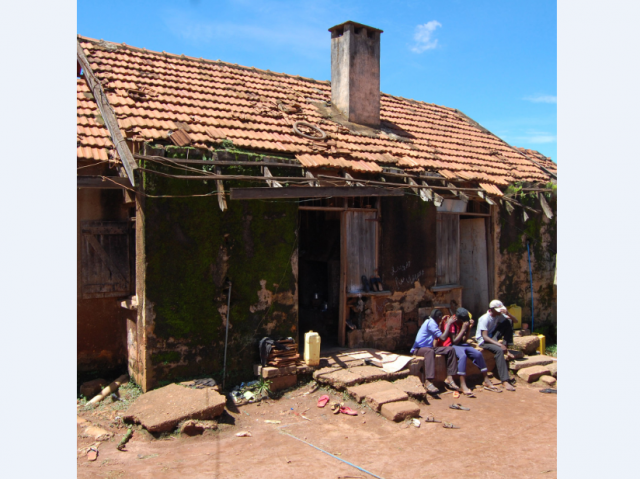 City lawyer Steven Kalali has petitioned the High Court in Kampala over the sorry housing structures in police facilities. In his application filed before the High Court Civil Division on Wednesday, Kalali wants the High court to order the government to immediately provide decent housing for all police personnel in Uganda.

His petition comes a month after a group of legislators visited Jinja Police Barracks where they were greeted with dilapidated structures built-in 1934. In addition to the sorry state of the houses, Jinja Police barracks is home to 1,662 people as opposed to the planned population of 249 people.

Kalali argues that since the promulgation of the 1995 Constitution, police officers have continued staying in dilapidated structures unfit for human habitation. He backs the petition with photos of dilapidated housing units in Mbale, Jinja and Nsambya Police Barracks and the Auditor General Reports for 2012, 2016 and 2020, which pointed to the sorry state of the police barracks and have been ignored.

Kalali argues that Uganda is a signatory to Regional, International and treaties, which emphasize the right to a healthy environment. These include among others the African Charter on Human and People’s Rights, International Covenant on economic, social and cultural rights among others. He explains that the Uganda Police Force receives budgetary allocations annually part of which should be used by the welfare department to cater for the well-being of the officers.

Kalali however argues that the police authorities have failed to ensure that the officers have decent housing facilities. “There is a need for a healthy and sustainable environment since the police officers have been sabotaged and cannot exercise the right to express themselves. The right to health brings together all humanity and it encompasses the environmental dimensions of the right to life, culture non discrimination among others, which the government has failed for over 35 years now,” says Kalali in his affidavit.

Kalali’s application is backed by an affidavit by Eliphaz Isabirye, one of the police officers residing in Nsambya barracks who contends that they sleep like pigs. “I wish to state that there are no decent housing facilities and even some/most of them have no electricity whereof we are made to sleep like pigs yet the Uganda Police Force has a full welfare department and each year is allocated money in the budget presented to Parliament,” Isabirye states in his affidavit.

The evidence before the court shows that in Nsambya Police Barracks, the officers share decker beds with their children, which clearly infringes on their right to privacy. The evidence further shows that there is no security of family life as the housing structures are dilapidated and characterized by poor drainage and sanitary facilities among others which is unlawful.

Kalali told URN shortly after filing his petition that he wants the Court to order the government to immediately provide proper decent housing for all police officers in Uganda and safeguard their rights as provided for in the constitution.

High court is yet to sermon the Attorney General to respond to the application. This is not the first time that Kalali is suing the government over the rights of her citizens. In 2018, Kalali sued the Attorney General for excluding prisoners and Ugandans in the Diaspora from the general elections.

Subsequently, on June 17th 2020, Justice Lydia Mugambe ordered that the said categories of people be allowed to exercise their right to vote.