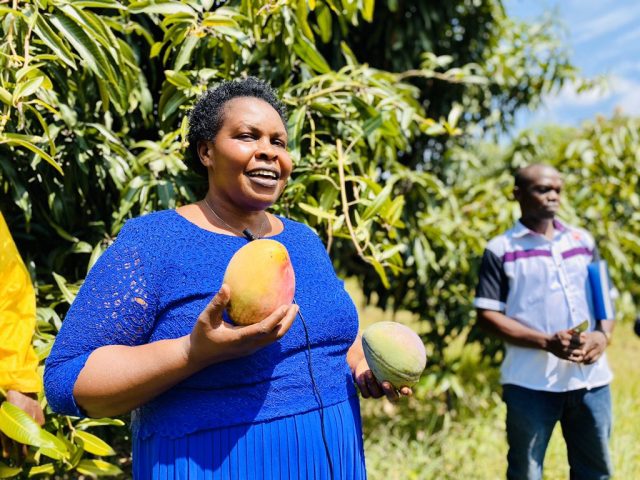 Contestants of the Nsindika Njake ne MTN show elevated their moods at spenah beach when they reunited for final mentorship in business skills.

This youth-based entrepreneurship skills reality show begun with twenty-four energetic contestants. They explored different businesses in trainings and later headed for challenges that saw twenty of them eliminated at different levels by business experts.

At least four finalists are still competing for the grand cash prize of sixty-million shillings. They include Shakirah Nasseje, Kagezi Jovan, Joseph Kwesiga and David Kasaali.

Last week, in the tenth episode, the contenders begun with team building where they participated in different beach games testing their team work skills. Games like volleyball, bottle filling, soccer and more.

The group was later mentored by renowned Ugandan proprietor, Julian Adyeri Omala who extensively shared about necessary skills and knowledge for a successful entrepreneur.

” I started my business in 1996 carrying fresh juice on a wheel barrow selling to road users and people in Kikuubo trading center. Begin with the small money you have. Any entrepreneur must be aggressive and ready to take risks,” said Adyeri.

Adyeri added that; “Face the fear if you want to flourish in these businesses you’ve learnt. Once you fail, let it be a lesson because this docket calls for persistence, accountability, purpose and determination. You are poor by choice,” concluded Adyeri.

Some of the contestants like Derrick Sserwanga, Cosmas Ayebare and Simon Simbwa appreciated MTN and Makerere Business School- MUBs for the business engagements with youths adding value to their skills in order to beat unemployment in Uganda.

The reunion was crowned at the fire place with the guest local aritist Gravity Omutujju who entertained the youths and the entire project team.

Catch the 11th episode today on NBS TV exactly 8:30pm, the show that is two episodes shy of its end airs every Wednesday with repeats on Sunday same time.