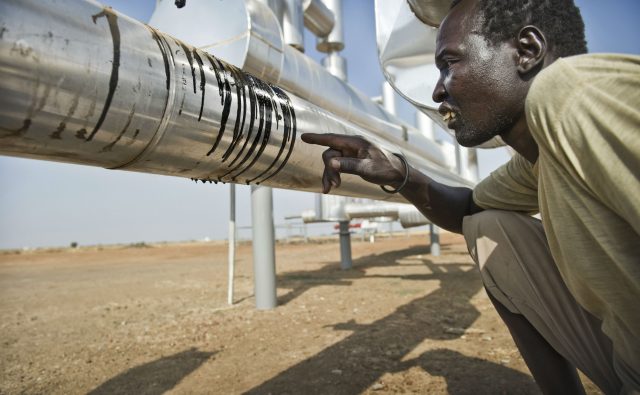 By: By James Chester

A few years ago, East Africa was primarily viewed as a venue for offshore exploration, and before its independence in 2011, South Sudan was more likely to be seen as a North African producer, as part of Sudan. But motivated governments and explorers have changed the picture.

Today, Kenya is a small-scale oil producer and Uganda has approved a massive oil development in its Lake Albert region and a refinery and export pipeline. Tanzania will export Uganda’s oil and will build its own LNG facilities to monetize its huge gas reserves. Somalia has embarked on a licensing round, as has the DRC.

South Sudan has its own unique place at the center of a wider Nile Basin-East Africa hydrocarbons-rich area that perfectly positions the country as the hub for petroleum industry services and exploration.

In 2017, when Energy Capital & Power (https://EnergyCapitalPower.com) (then Africa Oil & Power) produced its first conference in Juba, the country was re-emerging from a fresh bout of conflict in 2016, visas were only available if you had contacts in-country to invite and process you, two out of the three joint operating companies (JOC) were not producing oil, and Juba did not have a functioning power grid. The country had only one intercity paved road, going to Uganda.

This year, as we plan the fifth edition of the South Sudan Oil & Power (https://bit.ly/3zCMESG) event series – taking place on 13-14 September 2022 at the Radisson Blu, Juba – the city and the country can show great progress. Juba now has its own power station and grid and more projects are in place in regional cities. Peace has largely held since the revitalized peace agreement of 2018 and the formation of the revitalized transitional government of 2020. All three JOCs are producing oil (albeit not without challenges still to overcome).

An e-visa system is in place – my last visa was processed in two hours – and Juba is now served regularly by Turkish Airlines, Egyptair, Ethiopian Airlines, Kenya Airways, and many others. New paved roads are already linking South Sudan’s cities.

There is no reason not to check out Juba and the country’s progress.

The energy industry, as the engine of the economy, has made huge steps forward since that first conference in 2017. Last week I met with Hon. Minister of Petroleum Puot Kang Chol and sat down with the Hon. Undersecretary Awow Daniel Chuang, and heard about the latest developments.

The Logical Service Point for the Region

South Sudan’s first ever licensing round is underway and closing in 2023. South Sudan is not just making the licenses available, it has built its own data facility in Juba and has purchased its own aircraft to undertake aerogravity surveys of the country. With the majority of South Sudan unexplored and producing areas to explore further, the government knows it has high potential assets to market to oil and gas companies – but that data is critical.

Until last year, South Sudan did not control its own industry and exploration data. It now has world class facilities.

As we discussed with the Undersecretary, with its new data rooms, its existing production and its drive to bring new investors, South Sudan is the logical service point for the entire East African petroleum industry – especially in exploration. With South Sudan’s unique position bridging the Nile Basin and Rift Valley areas, it is even more relevant as a hub for exploring a petroleum rich area that extends from Egypt through Sudan to Uganda, Kenya and beyond.

In the midstream and downstream sector, a focus on new solutions and partnerships is driving innovation in a previously underdeveloped segment. Trinity Energy, working with Chemex Global, has been building a refinery project that will provide fuel to South Sudan and neighboring countries. National oil company Nilepet and its state owned South African partner the Strategic Fuel Fund have embarked on the Nile Orange Energy Project, that will include a pipeline and refinery.

Many other midstream developments are in the works to meet the demands of a growing nation and a region of almost half a billion people.

Instrumental to all of this, in addition to the commitment of South Sudan’s Ministry of Petroleum and other government entities, is the South Sudanese private sector.

Private companies have grown from strength to strength in recent years, providing real competition to each other and to Chinese and international service companies. A wide range of exploration and production services are now available from these firms.

We see these companies as the real future of the industry in South Sudan and the region. They will be the local partners that will help international investors succeed on the ground. They will establish South Sudan’s new reputation as the regional industry hub. They will drive down costs, raise quality and train and employ South Sudan’s youth.

Serious barriers to entry and growth remain in South Sudan. It is important that these are examined – as they will be at South Sudan Oil & Power 2022 in September – and that they are dismantled. But the private sector and the government are serious about South Sudan’s future. They have a vision for where the country should be positioned within the regional energy industry.

To investors and international companies that wish to not only understand South Sudan’s energy potential, but also that of the Nile Basin and East Africa: You are invited to come and experience the reality of South Sudan today. Your investment, technology and hard work alongside great partners can help realize that national vision, and position your company for growth.