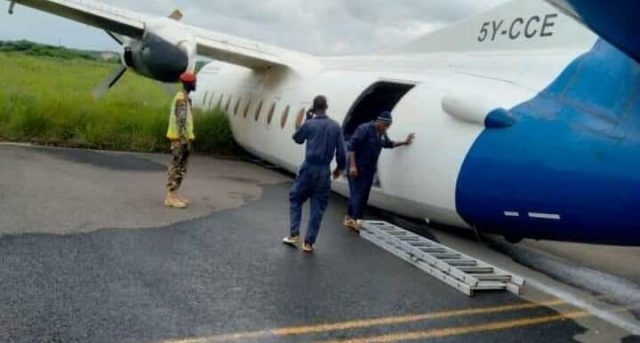 A chartered Folker-27 plane veered off the runway while taking off this afternoon at Juba International Airport, airport authorities said.

“The incident happened at 12:25 this afternoon. The plane was taking off from Juba. It was supposed to go to Malakal then Maban,” he said.

He added, “What happened was that it could not take off. I think it has a problem with the hydraulic. All the wings are inside. It slid just next to the runway. All the crew members including two pilots are safe. The plane did not damage, only part of it is in the bush and even the goods inside which are just food items, are safe.”

Cases of planes crashing in the country have been on the rise recently with the latest case being reported on 28 February 2022 in Bor.