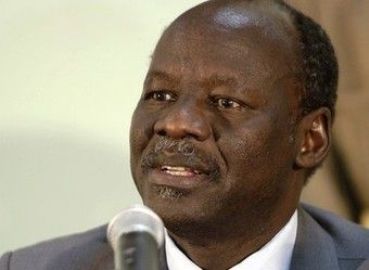 The principal signatories to South Sudan’s revitalized peace agreement have no political will to hold elections, an opposition movement said.

“Today, 22 June, is exactly six (6) months to the time for conducting the general elections as specified in the Agreement on the Resolution of the Conflict in the Republic of South Sudan on 22 December 2022. However, the prerequisites for conducting free, fair, and credible elections have not been fulfilled,” Mahmoud Akot, the opposition party’s acting spokesperson said in a June 22 press release.

He added, “These include the unification of the armed forces; conduct of a population census; adopting a permanent constitution for the country; judicial reform; repatriation and resettlement of the millions of refugees and internally displaced persons; and enacting laws that are necessary for the process.”

The NDM said it is the parties to the agreement to decide on a new roadmap under the present conditions, but some are not ready to honor the signed deal.

“This is why the NDM also calls for the regional and international organizations and countries to stand up to their responsibilities under the peace agreement which they brokered and signed as guarantors or witnesses,” explained Akot.

According to NDM, these important tasks were not implemented for the lack of political will because there was a deliberate action since 2018 to stonewall the implementation process so as to keep the status quo and get the transitional period extended for those involved to buy themselves a new lease on time.

“A blanket extension of the transitional period will not serve any useful purpose other than to fulfill the designs of those who obstructed the implementation of the peace agreement from the word go,” stressed the party’s spokesperson.

He added, “The failure to realize the prerequisites for conducting free, fair, and credible elections is not due to lack of time but to lack of political will. Therefore, nothing is likely to change even if the transitional period is extended ad infinitum.”

The opposition party, however, said its leadership deliberated in-depth on how and when the elections should be conducted and noted that at least one party to the peace agreement would want to confront the South Sudanese people with a stark choice between two options none of which is acceptable.

“Either to carry out the elections under their own terms, in which case the elections will not be free and fair, or get the transitional period extended under the status quo,” it further stated.

“In contrast, the NDM is offering a realistic and practical roadmap that puts emphasis on preparing a level ground for the conduct of free, fair, and credible elections including the unification of the armed forces and the promulgation of a permanent constitution on the basis of which the elections should be held.”

General elections were scheduled to be held in South Sudan by 9 July 2015, the first since independence. However, in light of an alleged coup d’état attempt and continuing conflict in the country. this has been thrown into doubt, especially since no permanent constitution has been formulated.

The South Sudan parliament voted in April 2015 to amend the country’s transitional 2011 constitution to extend the presidential and parliamentary term until 9 July 2018, with 264 members in favour and a handful opposing it.  However, following the peace agreement that ended the civil war, a transitional period of three years was agreed on, which would be followed by elections in 2023.

SPORT Sandrah Nassali - August 14, 2022 0
Vipers have left striker Cesar Manzoki and captain Halid Lwaliwa out of the traveling squad to Rwanda for the preseason clash with Rayon Sports...

Main Story URN - August 14, 2022 0
The National Drug Authority (NDA) has confiscated drugs worth over 150 million Shillings in an enforcement operation carried out on unlicensed outlets in Rubaga...