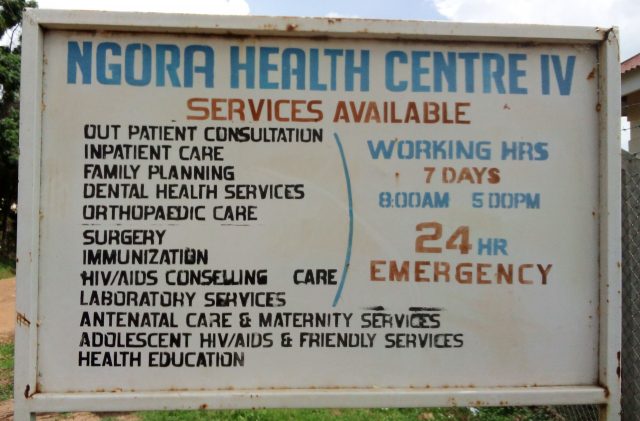 According to our independent research in health facilities in Ngora, including Ngora Health Centre IV, Ngora Maternity Unit and other health centres, the health workers keep on demanding money from patients.

Expectant mothers are charged Shs150,000 for caesarean section and minimum of Shs100,000 as other fees.

The other charge is fueling the ambulance in case of referral.

Janet Loy Titin one of the patient attendants in Ngora Health Centre IV who was allegedly detained by the facility for three weeks for failure to clear her bill, said she was charged Uganda shillings 364,100.

“I asked the authorities to release my patient and I stayed in detention for three weeks while the family was looking for money,” Titin said.

She said due to the poverty situation in her homestead she couldn’t raise the money for the operation at the time it was needed but she pleaded with the health workers who attended to her patient.

She attributed the burden carried to patients to limited delivery of equipment by the government.

But he was quick to say that, being a health Centre IV some government services are not sent forcing health workers to ask patients to pay money for services that are not readily available.

“As a district we are going to investigate such allegations but unfortunately, nobody is willing to give us the right information to pin wrong elements,” he said.

He added that issues raised will be investigated and whoever will be implicated shall face disciplinary action.

Stella Apolot Isodo the Ngora District Member of parliament said the challenges seen in the health sector are countrywide and called on the government to increase funding into the health sector.

She also asked the government to upgrade the Ngora health centre IV to a district hospital so that most services can be delivered in time.

Robert Olupot a boda boda rider in Ngora town appealed for the sensitization of patients to demand for services and report cases of corruption.

Uganda’s policy is to have all surgical care delivered at government hospitals in Uganda to patients free of charge.

However, frequent stock-outs and broken equipment require patients to pay for large portions of their care out of their own pocket.