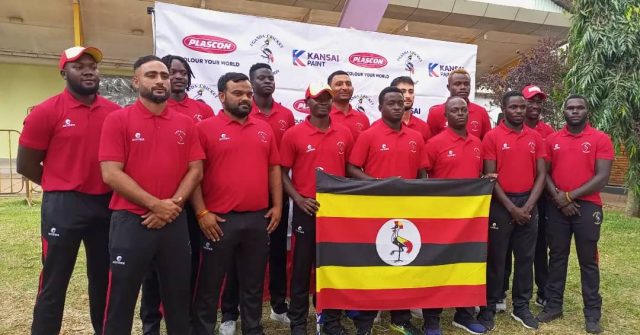 The Cricket Cranes take the challenge to Zimbabwe for the ICC T20 World Cup Group B qualifiers due to start on June 9th-17th in Bulawayo. The tournament features eight teams in two groups of four, Uganda is alongside Hong Kong, PNG and Netherlands in Group B.

Uganda will open its campaign against Hong Kong, followed by PNG and finish the group games against Netherlands. The top two sides will advance to the semi-finals with the two teams that meet in the final qualifying for the 2022 World Cup in Australia.

Uganda is the second lowest ranked in the eight nation tournament and there is an opportunity for Uganda to improve its global ranking if they defeat any of teams that are ranked above them.

Head Coach Laurence Mahatlane is optimistic ahead of the tournament

“We have set our KPI’s for different formats and I believe the boys are adjusting well to the different format. We have worked hard the whole year in anticipation of this busy schedule so the key is to make sure we are fresh. The dream of reaching the World Cup is alive and we believe that we can make it come true”.

There are only two changes to the squad that played the Challenge League B tournament in Kampala, Deus Muhumuza misses out due to injury and his place is taken by Roger Mukasa while Emmanuel Hasahya makes way for Bilal Hassun.

The team will depart Kampala on Saturday 3am 09/07/2022 go via South Africa and arrive in Bulawayo on Saturday afternoon.