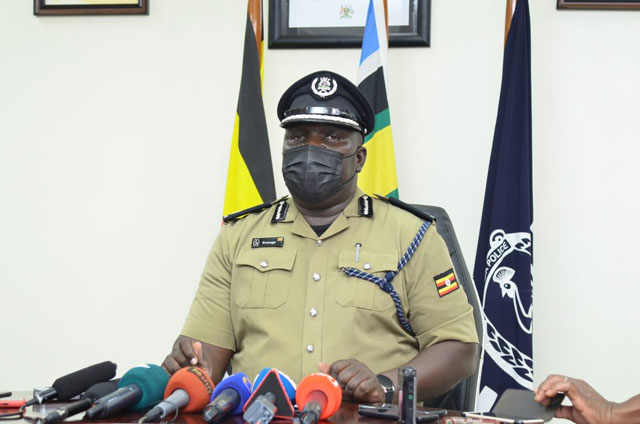 Police have ordered Lubiri High School management to suspend all students who were caught on video seemingly dancing in an indecent manner in a bus.

After the video, it was revealed that Lubiri High School had hired the bus from Midland High School in Kawempe to transport students for a field trip in Jinja, on the 10th of last month.

In a police statement that has been released after CID investigations, Police spokesperson Fred Enanga has said that investigations have indicated there wasn’t enough supervision done by teachers who were on the bus.

“CID carried out inquiries into acts of indecent practice by students of Lubiri High School, in a bus while returning from a field trip in Jinja,” Enanga said. “Following legal guidance from the DPP, it was established that there was lack of supervision by the teachers during the field trip.”

Enanga went on to explain that there were 73 students on the bus meant to carry 67 passengers, with only two teachers to supervise such a big number.

He said the two teachers, namely Joseph Nsubuga and Lydia Nabakka have been charged with neglect to prevent a felony, contrary to section 389 of the Penal Code.

Police have thus ordered the school to suspend all the students who participated in the indecent dance on the school bus.

“This will act as a lesson to other students in school, to behave in a more responsible manner, and upon their return to school, they will be counselled by probation officers in charge of the area on appropriate behaviour and how to refocus their attention on learning,” Enanga said.

Police have further called upon all schools to take all necessary steps to ensure robust and reliable systems for preventing and reporting indiscipline, abuse, neglect of students and transparent dialogue with all stakeholders especially parents and guardians.

“We condemn all acts of lawlessness, indiscipline and inappropriate behaviour in schools due to the negative impact they cause students, parents and teachers; we will therefore, continue to hold persons who expose students to danger accountable,” Enanga concluded.

By the time of filing this story, the school hadn’t issued any communication regarding the police directive. Our reporter’s effort to get a comment from the school management was futile, following repeated unanswered calls.