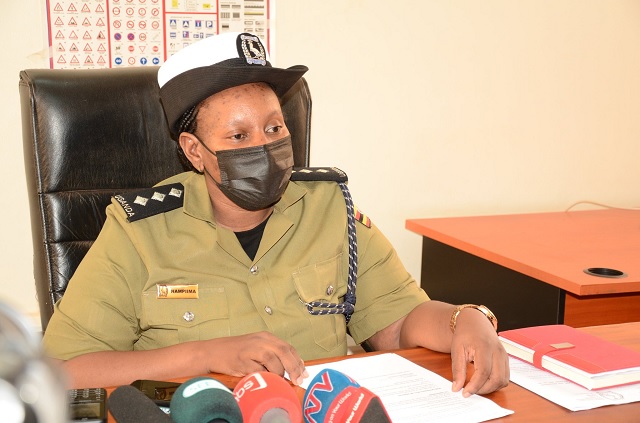 The traffic records for the last five weeks show 435 people were killed in various road crashes across the country. The figures also indicate that 1,300 people were left nursing serious injuries.

Nampiima adds that another 69 people perished in road crashes in the first nine days of July. The 366 people killed in June and 69 killed in the first week of July bring the total number of road deaths to 435.

The deaths also mean 87 lost their life each week that passed. When computed to days, the road killing translates into 12 people dying each day as a result of vehicle, motorcycle or bicycle crashes. If the road deaths continue being high, Uganda is likely by December 31st to have the highest number of road killings it has seen ever.

Statistics recently released by Acting Traffic Police Director Lawrence Nuwabiine, show 4,159 people died in road crashes in 2021. This means 11 people lost their lives in road crashes every day. However, since April this year to date, daily road crash deaths have been ranging from 12 to 14 persons.

Like last year where most of the deaths were of boda boda riders standing at 1,390, followed by pedestrians at 1,384, the situation hasn’t changed much. Pedestrians and motorcyclists are still the biggest number of victims.

Some of the major road fatalities registered in the first week of July was at Kinawata railway crossing where three people coming from a hangout were crashed by a train. Two of the trio have been identified as Caroline Aturinda and Nobert Tezikara.

Another crash that killed 10 people happened on Bombo road. Police have arrested the driver who was aged 22 years. It is believed that the victims were netballers from Bwaise but no one has come out to claim ownership of the taxi. Nampiima said the cause of the Bombo crash was a tyre burst while the Kinawataka crash resulted from reckless driving.

But Sam Bambanza, a road safety activist and director Hope for Victims of Traffic Accidents (HOVITA) says efforts to should be on investigating every crash to establish the causes. Bambanza adds that there is also need to have a robust emergency response system.