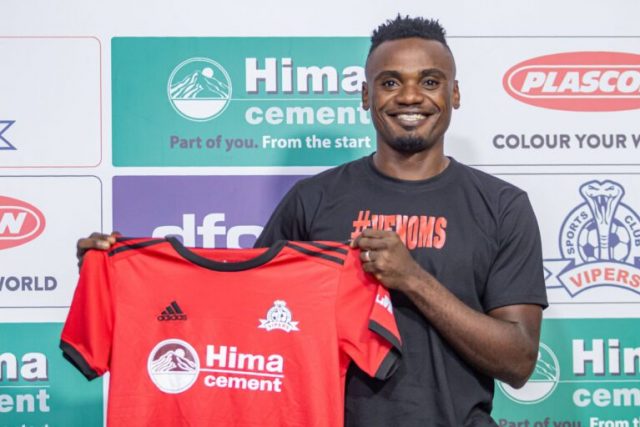 Osomba has put pen to paper on a three-year deal after expiry of his contract at Burundi’s Aigle Noir.

“I’m really happy and delighted to be here at Vipers SC. It’s a massive club and l promise to give my best,” Osomba is quoted by Vipers Media.

“It’s a pleasure to be here in Uganda and I’m very happy to be a part of this great club. And l am happy to be given this opportunity.”

He is expected to compete for a starting place in the Midfield with the likes of Siraje Sentamu.

He brings in a wealth of experience having featured for Etinchelles (Rwanda), Al Najma (Bahrain), US Tataounie (Tunisia) and AS Nyuki (DE Congo) among other clubs.

He is the third signing at Kitende after the club unveiled Isa Mubiru from UPDF FC and Marvin Joseph Youngman.