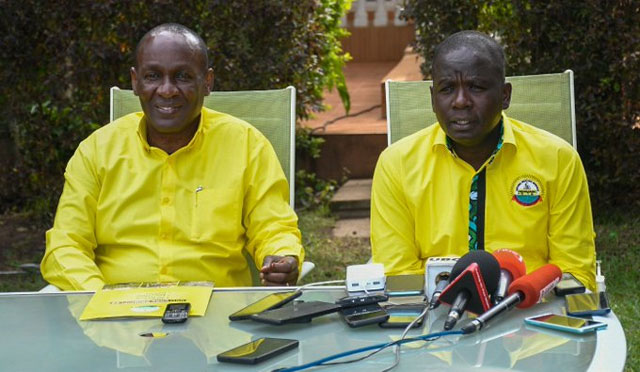 Mukula claimed that Alupo’s method of working alone other than moving together with the main NRM campaign task-force contributed negatively to NRM’s poor performance during the Soroti City East concluded by-elections few days ago.

Mukula alleged that Alupo has divided that NRM MPs, cadres and Ministers in the region who are loyal to the Vice President who work and coordinator her activities in her favour.

He expressed bitterness why Sanjay Tanna, the former Member of Parliament Tororo was imported to come to re-organize and harmonize the NRM by-election activities as if there was no person in the whole of Teso sub-region who could rise up to the task.

Soroti held by-elections after Attan Okia was injected out of parliament in May 2022 by court over the issue of alteration of the Soroti East boundaries.

Mukula pitch camped in Soroti City for two weeks after Ariko was unveiled as the NRM party flag bearer to canvas votes before and after the official nominations and rigorous campaigns that lasted six days. He promised to take the matter of the confusion brought by Alupo up with the NRM’s top leadership in a bid to resolve the internal contradictions in the party.