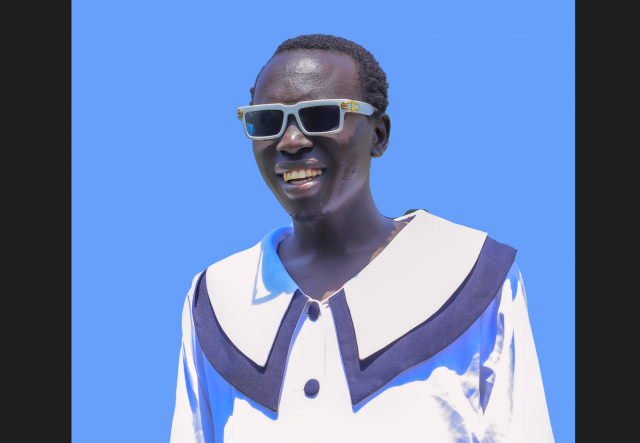 While many might think that circumstances around someone can hinder their development and stop them from pursuing their dreams, it’s not the case for Barnabas Samuel, a singer and songwriter from South Sudan.

Despite being born and living his life on the run from the civil unrest in South Sudan, Barnabas has held his ground and kept his eyes on the prize. His determination has seen him start and maintain Ganya Records where he has based to record and produce a number of songs both motivational and entertaining.

Barnabas Samuel was born on the 25th, May 1993 in Kaya – Central Equatoria State, South Sudan. At the time of his birth, his parents were were on the run, moving to refugee camps in Uganda due to the Sudanese Civil War.

When the first protocol of the Comprehensive Peace Agreement (CPA) was signed, his parents took him back to Yei in South Sudan where he was later joined by his other siblings, Selua Lula, Jaiksana, Ronald and Mathew Gita after they were repatriated.

In his childhood life, Barnabas grew up in Yei, A small town in the central Equatoria state.

Coming back to Uganda

In 2016, when another civil conflict erupted in South Sudan, Barnabas Samuel had to flee to Uganda and was later joined by his family in Rhino Camp Refugee Settlement, where he is currently settled and lives till date.

As a refugee in Uganda, Barnabas Samuel joined the music industry to continue pursuing his childhood dream and to help his people in the refugee settlement to not lose touch with their culture.

“My musical journey started years back when I used to sing in church. I always dreamt of going professional but the situation was tough back in South Sudan,” Barnabas told this website.

“Despite the circumstances under which I came to Uganda, I saw this as an opportunity to kickstart my professional music career and send out a message for Social Justice in our beloved country that has been ravaged by slef-serving vultures,” he added.

Dubbed SAMBARA, the album is no doubt a big success of his career. Most of the songs in his Sambara album have sharp lyrics confronting political injustices, awakening public social conscience, giving hope and bringing the issues of the people of South Sudan to the forefront.

Listening to Sambara, you can bet Barnabas Samuel is on a mission to represent the poor and oppressed of his people. In his song ‘Suluta Wa Fata’ he says the intro “De ma mini de minana Junubin” which translates ‘This is not from me but from us the South Sudanese’

He has recorded other popular songs including ‘Sejerina’, Stakalu’, and Manga which are played by the South Sudanese communities across the East African bloc.

Barnabas Samuel is the CEO of the music label GANYA RECORDS that has signed a number of musicians in South Sudan.

Listen to more of Barnabas Samuel’s songs via his Youtube Channel.