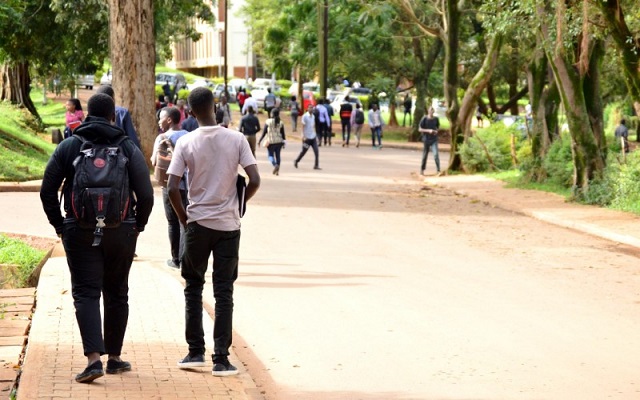 Government-sponsored students in public universities are struggling to survive amidst the increasing prices of commodities.

This has forced students from Kyambogo, Gulu, and Makerere Universities to demand an increase in the living-out allowance. At Makerere University, government-sponsored students who reside outside the university receive at least 760,000 Shillings every semester as living-out allowance to cover the cost of their accommodation and meals while those staying in halls of residence only receive a food allowance amounting to 530,000 Shillings per semester.

Last week, students of Kyambogo University wrote to the Chairperson of the University Council demanding an increment of the allowances.

Dickens Ogwal, the leader of the government-sponsored students says that due to the increase in the prices of commodities, the allowances are inadequate to sustain their stay at the university.

“We kindly give your office a timeline of one week because the students are hungry and have nowhere to sleep. If our concerns are not responded to in the stipulated time, we shall go on a peaceful hunger strike without attending classes,” Ogwal wrote.

At Kyambogo, the government-sponsored students are paid 730,000 Shillings per semester.

Robert Kaako Wanege, a 2nd-year student pursuing a degree in Social sciences says that he spends 210,000 a month on meals. He says that the allowances are inadequate for the semester which is three to four months.

The students are also struggling to pay for accommodation after the hostel owners increased the rent.

Joseph Oloya, a fourth-year student pursuing a degree in Land Economics at Makerere University, decries the state of living. Oloya anticipated that he would stay in the halls of residence, but he was informed that his course was not prioritized. He was forced to seek accommodation outside the University which is expensive.

Oloya says that there should be an arrangement to revise the amount of money allocated to government students.

According to Oloya, coupled with the inadequate allowances, the money is released in installments.

At Gulu University, students receive 768,000 Shillings but unlike other public universities, there are no halls of residence on the campus, this means students have no option but seek accommodation using the allowances.