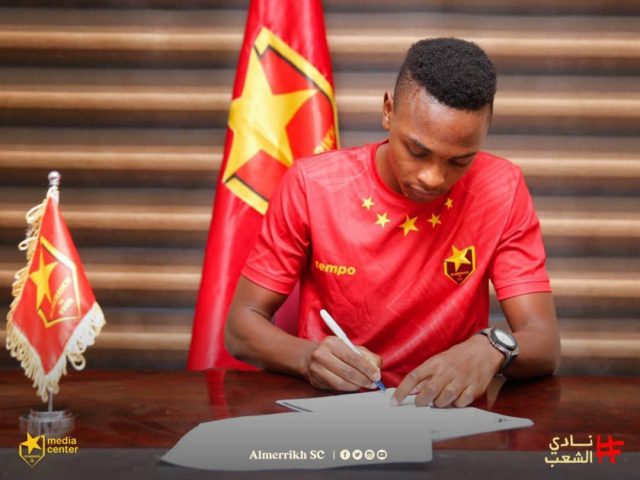 It’s a done deal and the Red Eagles have as well confirmed the departure of the forward and wished him the best in his next journey.

Kambale has joined Al-Merrikh on a two-year deal that will see him stay at the club until 2024.

He initially trained with Al-Merrikh last month and started in the Club’s friendly match against Hilal Al Sahel.

But the deal almost fell through after the two clubs failed to agree on transfer fee, per reports.

And the striker returned to Uganda alongside club CEO Isaac Mwesigwa.

Kambale is looked at as a vital addition to the 19-time Sudan Premier League champions after his exploits with the Red Eagles.

He has scored 23 goals in the last two seasons, including helping Express win their first league title in the 2020/21 season for the first time since 2011/12.