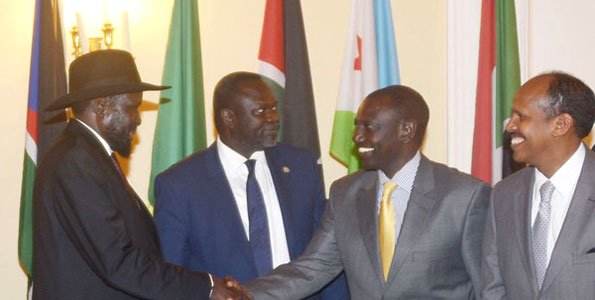 Ruto, according to the Kenyan electoral body (IEBC), received 50.49% of the votes, while his closest political rival Raila Amollo Odinga got 48.85%.

President Kiir, in a statement issued on Monday evening, said the people of Kenya had spoken and it was time for their new leader to unite the entire country.

“Now that the people have spoken, the enormous task ahead of you and your opponents with whom you campaigned and offered different visions for Kenya is to unite the people and channel their collective will towards the pressing needs of national development,” partly reads Kiir’s statement.

The South Sudanese leader said his country and neighboring Kenya have a long-standing history of relations underpinned by culture and people.

He further added, “Mindful of this close bond between our two countries, I would like to assure your Excellency of my firm commitment to work with you collaboratively on priorities that move the region forward”.

The South Sudanese leader urged his Kenyan counterpart to unite his country’s citizens in the collective aspirations of moving the region forward.

Kenyan went to the polls on August 9, 2022, to elect the president, legislators at the senate and national assembly as well as local government leaders.