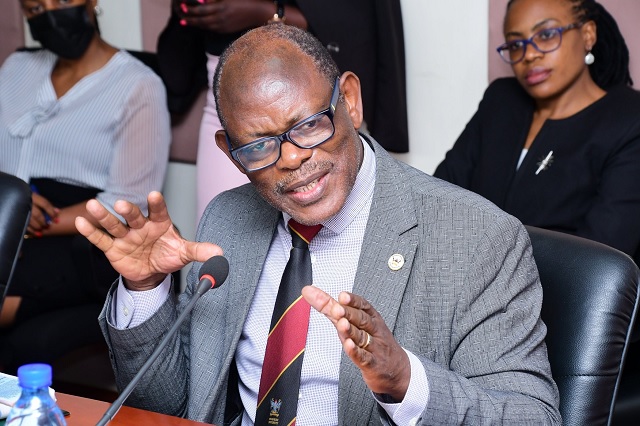 Currently, each student in Public Universities and Tertiary Institutions gets an annual allocation of 936,000 Shillings, translating into a daily allocation of 4500 Shillings for each of the students. But according to Prof. Nawangwe, the rate was established two decades ago and does not correspond with the current cost of living in the country.

He asked parliament to push for the review of the student’s stipends for upkeep and welfare to match the prevailing cost of living. Nawangwe was meeting the Deputy Speaker of Parliament Thomas Tayebwa on Wednesday.

In response, Tayebwa observed that adequate funding for government students’ welfare is a legitimate concern and acknowledged that 4,500 Shillings given to each student is no longer realistic and cannot be enough for three meals a day.

The Deputy Speaker also sought an explanation from the Makerere University Management why the Institution that ranks among the top academic powerhouses in Africa is producing few students in the field of Science, Technology, Engineering and Mathematics (STEM) compared to their counterparts such as Busitema University and Gulu University.

Tayebwa further rallied Makerere University management to expertize in the different academic disciplines to make timely contributions to improve the quality of research, legislation, governance and debate among legislators that are core to the legislative agenda of the House.