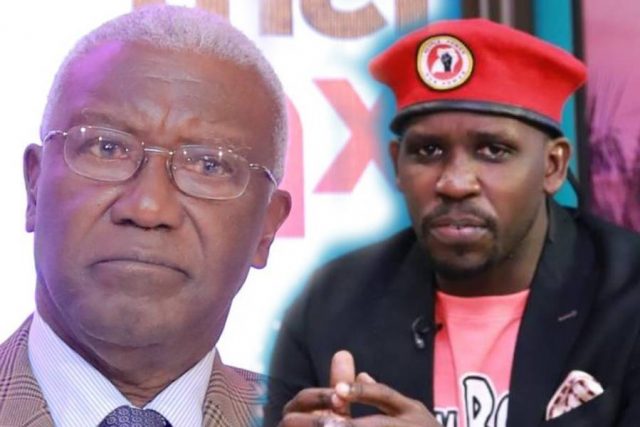 Nakawa West Constituency Member of Parliament Joel Ssenyonyi has accused Minister of Tourism, Wildlife and Antiquities Tom Butime of threatening and intimidating him over his current probe into Uganda Airlines and its CEO Jenifer Bamuturaki.

Ssenyonyi who is also the Chairperson of the Parliamentary Committee on Commissions Statutory Authorities and State Enterprise – COSASE is scrutinizing the Auditor General’s report on Uganda Airlines for the financial year ended 2021, a process which unearthed a number of disparities in the airline.

In his report, the Auditor General cited issues to do with salary disparities, lack of an organizational structure and continued losses registered by the airline.

While the committee conducted its probe, the CEO was requested to bring her curriculum Vitae and academic qualifications. The committee sought to compare her qualifications with that of the advertised position of the CEO which required the ideal candidate to have an honours bachelor’s degree in any field and postgraduate training in administration or any other business-related course.

Although Bamuturaki had told the committee that she attained a degree in Social Works and Social Administration (SWASA) at Makerere University in 1994, she said that she had never got her academic transcripts since then.

Questions around Bamuturaki’s academic documents and her ability to run the national airline raised dust among members of the public, with many alleging that she got her job because of her connections to State house rather than capabilities.

According to Ssenyonyi, Minister Tom Butime is among those that are not happy with what COSASE is doing. He says Hon. Butime made an intimidating phone call to him threatening that he would gather Bamuturaki’s relatives to come and attack him.

“Yesterday, I got a call from Tourism Minister Tom Butime, threatening and intimidating me over Uganda Airlines probe. He told me that he is related to Jennifer Bamuturaki and that we [COSASE] have no power to carry out the probe that we are undertaking,” Ssenyonyi said in a video posted on Social Media.

“He told me that he was going to organize Bamuturaki’s relatives to come and attack me in my office or even while the Committee is sitting,” he further narrated.

Ssenyonyi who seemed unshaken by the alleged threats said that he had reported the issue to Police and that a case had been opened under Ref. GEF60/2022.

He however vowed to continue exercising his duties as the COSASE chairperson to the full extent saying that no one will cause him to back down.