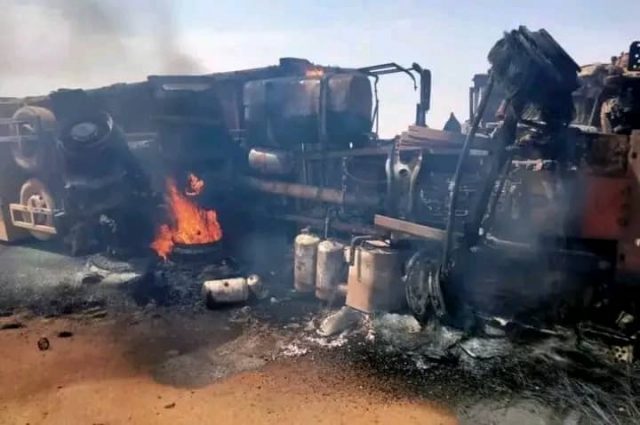 A truck driver has been killed and three vehicles were burnt in a road ambush in Mundri East County of Western Equatoria State, a local official confirmed.

“One trucks was burned there and a driver was killed the driver name Isaac Abraham Adam and other two were burned in Koubo,” she said on Friday.

The trucks carrying food items were on their way from Juba to Rumbek, when armed men opened fire on

“The suspect run away the security organs went there and managed to put off fire. This what happened when they were ambushed.”

Incidents of road ambushes are not new along the highways of Western Equatoria State.

In May 2022, seven passengers survived when their vehicle descended into an ambush carried out by unknown gunmen in Maridi County.

There have been reported cases of road ambushes along the roads, with travelers either killed or kidnapped in the area which has had a heavy presence of different armed actors during the civil war.