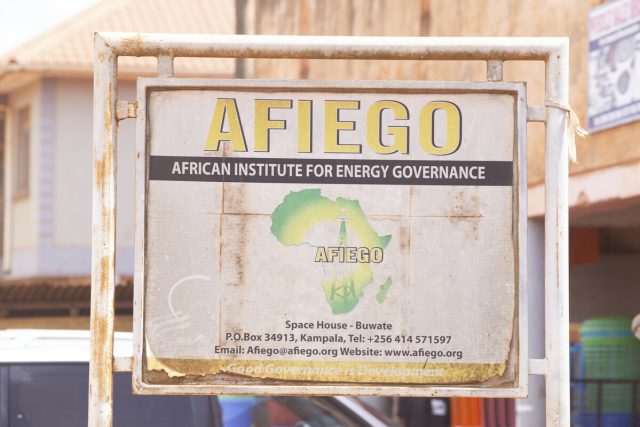 The Africa Institute for Energy Governance (AFIEGO), an environmental organisation from Uganda, is among the recipients of the 2022 Right Livelihood Award for their tireless efforts to protect the rights of local communities from environmentally damaging projects linked to the exploitation of oil and gas.

In particular, the organisation has been at the forefront of efforts to stop the construction of the East African Crude Oil Pipeline (EACOP), which would transport Uganda’s crude oil to a port in Tanzania. The planned 1,400-kilometre pipeline would cut through 178 Ugandan and 231 Tanzanian villages, causing mass displacement, environmental harm and further exacerbating the climate crisis.

AFIEGO’s work of standing up against powerful interests has drawn severe backlash from the Ugandan government, resulting in threats and harassment against its staff.

Right Livelihood’s jury said that AFIEGO was receiving the award “for their courageous work for climate justice and community rights violated by extractivist energy projects in Uganda.”

“For the work that we do here in Uganda, you need to be encouraged, you need to be motivated. We face a very hostile environment, including arrests. When the government knows that there are people around the world who appreciate our work, they think twice about attacking us or our communities. So this Award means that we can help many more communities,” said Dickens Kamugisha, AFIEGO’s Chief Executive Officer.

“In the face of the global climate crisis, AFIEGO stands with communities against oil and gas exploitation projects,” said Ole von Uexkull, Executive Director at Right Livelihood. “Resisting government and corporate threats, the organisation ensures that communities affected by colonialist extractive energy projects can raise their voices on national and international levels. With their bottom-up work at the intersection of ​​societal, economic and environmental concerns, AFIEGO models a democratic and renewable energy path for African countries.”