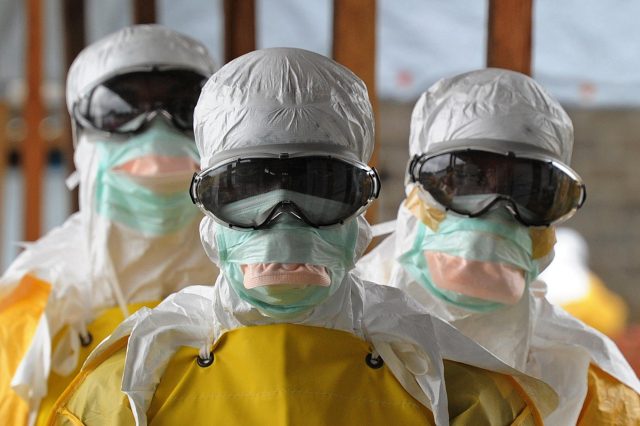 At least 65 health workers in Uganda have been put under quarantine after getting in contact with Ebola cases, a ministry of health spokesperson said Sunday.

Emmanuel Ainebyoona, Ministry of Health spokesperson told Xinhua by telephone that some of the affected workers would stay home for 21 days.

“We are monitoring them for 21 days. We believe they got in contact with suspected cases of Ebola,” Ainebyoona said.

“They are in isolation but in their homes. But the situation is under control,” he added.

This comes after one doctor, a Tanzanian national on Saturday died of Ebola in the western Ugandan district of Kabarole.

The Ebola outbreak in Uganda was announced on Sept. 20, after a 24-year-old male adult tested positive.

The ministry of health said by Sept. 30, the country had registered 38 confirmed cases and 8 deaths as a result of Ebola.